A Critical Appreciation Of My Poem A Look At Life-43

Here is the review and critical appreciation of my poem A LOOK AT LIFE-43 by non-other than eminent poet and literary critic of international reputeProf Cijo Joseph Chennelil. Thanks and gratitude sir. I am greatly honoured

Your poem titled"A Look At Life-43" is a poem that combines philosophy, theology, science and psychology in equal measure. Life is an interminable circle passing from one state of being to another state of being, it doesn't have an end unless and until it is reunited with the fundamental point of origin. The world came forth from that inexhaustible arena and it would revert back to it as such in the course of time. Here on this earth life is an unending journey, the destination is not clearly marked at in any stretch of the imagination, the things that we come across in this world are transitory and fleeting in nature and nothing is a permanent feature of life. The structures and wonders of the world are subjected to change once the novelties are worn off. It is imperative to state here that everything undergoes drastic and dramatic transfiguration and transformation as the world moves on. The transparent nature of the world is presented here in all splendour and vitality. The universe is a miniscule entity compared to the larger realities in store us out there in our permanent residence called heaven. In fact, while living in this world we go through illusions of an enormous kind and the sorry thing is that we don't realise about it as long as we live in this world, we are mesmerised by the beauties of this world, we in fact run after money, wealth, power and positions and in the process of doing so we loose our souls to the use and throw culture and commercialisation. At the end all these exposures to worldly pleasures, we become a bundle of sorrows and worries. Even then we don't learn lessons from our past, we continue to commit the same mistakes again and again.While living in this world we claim that we are something and we are proud of our intellect and other faculties, but the truth is that we all come from the paramount body of a common truth and ultimately we are absorbed into that greater power.Kudos to you Smruti Ranjaniji for composing such a poem of transcendentalistic nature.

A LOOK AT LIFE - 43
BY- SMRUTI RANJAN MOHANTY

Infinite is the mind and intellect
that conceive the idea of Infinity
Infinite is our love and passion to be one with it, from infinity we have come
in infinity, we will merge

Life is a journey from full to full
from Infinity to Infinity
whatever exist, existed earlier, will exist in future, nothing can be created out of nothing nothing can be annihilated without giving rise to something, neither there is any beginning nor end, only transformation from one form to other

Read More
Expansion and contraction of
the cosmic universe is the only reality
a drop of water in the ocean and ocean in a drop of water, all the same

Out of ignorance, we come under the spell of cosmic illusion, forget our real nature,
Truth, Bliss and Absolute
identify ourselves with the body, its pleasure and pain and land us in a pool of sorrow
again and again

We are neither the body nor mind and intellect
we are not different but one, the manifestation of Infinity having no birth and death
only transformation from one form to the other
with the cosmic consciousness remaining unaffected by the change of form and colour 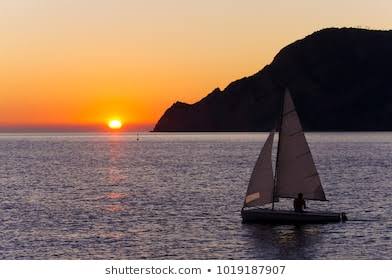 Smrui Ranjan Mohanty
Wednesday, July 29, 2020
Download image of this poem.
Report this poem
Topic(s) of this poem: lifestyle
READ THIS POEM IN OTHER LANGUAGES