with her in that bedroom. What do you expect
a man to do when a woman gets fully drunk
with him in her bedroom, with no clothes on,
in the middle of night? Had I wanted, I could

have done it much earlier, for opportunities
were galore - we had travelled together, dined
together, played together, laughed together
she never even minded undressing before me

completely, down to bra, panty and stockings
she even kissed me on more than one occasion
why should a girl kiss a boy unless she wanted
it, and desired it? Did I love her? Maybe… yes

I loved her. Would I have married her? Maybe….
Yes, who knows. But she spoiled it all with that
one foolish act of hers. It was misunderstanding -
just plain misunderstanding, that's all. She gave

all indication that she was in love with me,
but when this thing happened that night she
simply deserted me, not only deserted, but…
but she accused me… of all…. of… this? ?

And for this thing they put me in jail, you know
how things are in this country. All the bloody laws
favour the women. What chance did I have, my life
was finished - I had to take this chance - I was

not going to rot in a lonely dark cell. I was
tortured, I was given what I wanted - mutton
biryani, chilly chicken, egg fry twice a day - yet
my soul was tortured and - and so I escaped.

I do not blame my father, he played no role in it
He just helped me to escape - any father would -
I forged my mark sheets
That I admit
I got a job on a fake identity
That I admit
But I swear before all the Gods, one and all
And the Supreme Almighty Puttaparthy Babaji -

that I committed no other crime.

Note: - Based on the fascinating story of Bitty Mohanty (see below) . 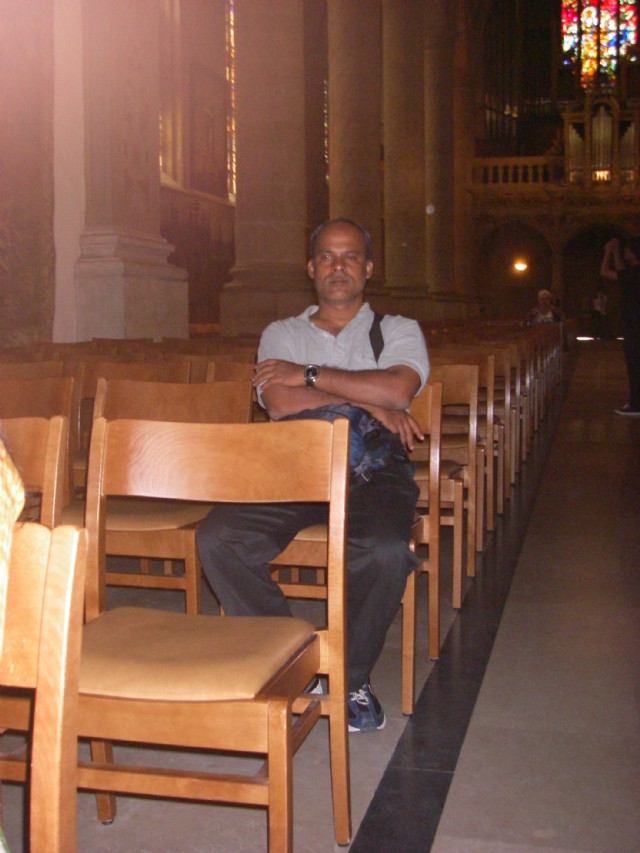 Dr Tapan Kumar Pradhan
Monday, January 27, 2014
Topic(s) of this poem: cheating
poem poems identity
Download image of this poem.
Report this poem
POET'S NOTES ABOUT THE POEM
The poem is based on the Newspaper reports on Bitty Mohanty's famous escapades. Allegations against him include (1)rape of a German tourist he had befriended in a Rajasthan hotel, (2)subsequent arrest, (3)temporary release on parole on his father's surety, (4)jumping the parole, (5)hiding under the false name of Raghav Rajan at Puttaparthy, (6)getting college degrees on false certificates, (7)getting a bank job in Kerala under fake identity and (8)faling in love with a woman colleague, who exposes his real identity to police....
COMMENTS OF THE POEM
Veeraiyah Subbulakshmi 27 January 2014

we can judge everything and everyone to our convenience and this trend should be changed..a crime is a crime, who ever and under what ever circumstances it has been done... India is full of masked people like us...

Amazing conversion of a real life story into a captivating poem! The author does not take any side. He simply offers the point of view of the accused, who is possibly in the Denial Mode. In my opinion the ending could have been a little better though.

WHY you justify him.. It can be the other way also.. writhing on something that created a lot of controversies is really appreciable but I don't agree with this...

Poor old Bitty. Surely a victim of circumstance? His major crime it would seem, is that it is always a woman's prerogative to say no. But the tale is well told.

A person is presumed innocent until pronounced guilty in a court of law. The escapades of Bitty Mohanty's will soon come to an end. Very good.