Eons ago in the planet's evolution,
During tectonic plate movement:
The Indian Island Ma moved northward,
Crashing into the Eurasian continent,
To form the Himalayan mountains.

Out of the chaos, towering peaks arose,
Piercing heavenly soft, white cotton clouds,
Bursting into clear blue skies as Earth revolved,
And orbited the sun in the cosmos;
With Mt. Everest, the highest above sea level.

Nature's wondrous elevation to behold,
Of precipices, passes, and summits,
Overhead fly, Demoiselle cranes and Bar-headed geese,
North to breeding sites in China and Mongolia,
And South to wintering grounds in Tibet and India.

From here glaciers melt and mountain springs flow,
Functioning as a water tower for millions of people;
And the source to Asia's greatest, sacred rivers.
Monsoon trade winds strike the westward side,
While the ‘Rain Shadow' engulfs the Tibetan Plateau.

In this ‘abode of snow' elusive leopards stalk,
Eking out survival on the lower slopes and cols.
On crags and crests and ledges,
Even toed ungulates, tahrs and goral inhabit;
While Griffon soar, scavenging for fallen victims.

Notes:
1 225 million year ago, India (Ma) was a large island situated off the Australian coast. The continents crashed (Indian Plate and Eurasian Plate)50 million years ago due to tectonic plate movement.
2 Himalaya: meaning ‘abode of snow.' Derived from the Sanskrit language which is one of the 22 official languages of India. (Hima-snow, alaya-dwelling) .
3 Mt. Everest (Sagarmatha in Nepali or Chomolungma in Tibetan) : Named after Sir George Everest (1830 to 1843) , a British surveyor and geographer. Mt. Everest is the highest peak on earth above sea level at 8,848 meters (29,029 feet) .
4 Bar-headed goose and the Demoiselle Crane: highest flying birds in the world. Both birds are able to fly over the Himalayas at 29,000 feet; surpassed only by the Rüppell's Vulture of Africa at 37,000 feet.
5 ‘Third Pole' encompasses the Hindu Kush-Himalaya region and Tibetan Plateau. The Himalayans hold the largest concentration of ice and glaciers (fresh water)outside the Northern and Southern poles.
6 India: Ganges, Indus & Brahmaputra Rivers; South East Asia: Irrawaddy, Mekong and Salween Rivers; China: Yellow & Yangtze Rivers.
7 Westward side of the mountain is the upwind side facing the prevailing winds - tends to get heavy precipitation. Leeward side of the mountain is downwind and is protected and is usually warmer and drier. Also, referred to as the ‘Rain Shadow.'
8 Tibetan (Himalayan)Plateau: ‘Roof of the World, ' is the highest elevation plateau in the world.
9 ungulate: refers to any animal with hooves (a hoof is an enlarged toenail) . Tahrs and Goral are species of mountain goats.
10 Griffon (Himalayan)Vulture: Old word vulture feeding exclusively on carrion. 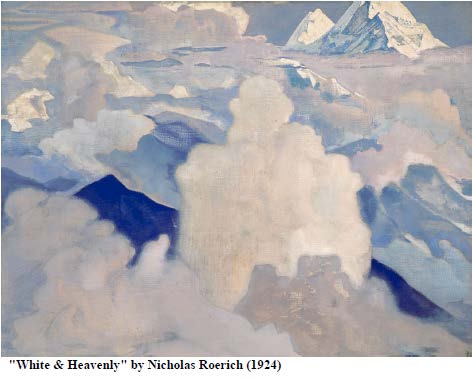 I would like to translate this poem
Poems By Dennis Spilchuk
In The Fresh Month Of April
When Cultures Collide
Apple Picking
The Blustery Month Of October
When Would It Be Most Appropriate To Say? I Love You.
See All Poems by Dennis Spilchuk
Next Poem
63 / 203
Previous Poem