My poetic tribute in ballad form to Prataprao Gujar -the trusted Commander-in-Chief (सरनोबत) of Shivaji Maharaj's army who on this day (24th February) died at the battle of Nesari charging at the army of Bahlol Khan whom he had pardoned earlier.

One such braveheart we reminisce today
Born at Bhosare, Kudtoji Gujar was his name
Through gallantry he rose through the ranks
Called 'Prataprao' given his glory and fame

While captain Netoji Palkar was sacked
Shivaji, from Mughals faced a lot of grief
During such trying times, Maharaj made
Prataprao-the Maratha commander-in-chief

At Salher, mighty Mugals were vanquished
After a blood-soaked and tumultuous fight
Fewer Marathas made Mugals bite the dust
And Prataprao's glory soared to a new height

Bahlol Khan, an afghan warlord at Bijapur
with a huge army left to capture Panhala fort
Raje Shivaji got the wind of Bahlol's moves
Sent Prataprao to cut the Afghan's plans short

At Umarani near Bijapur, both armies met
Prataprao's battle tactics carried the day
Khan's army was encircled and trounced
The saffron flag of Marathas held the sway

True to his style, Bahlol Khan cheated
And broke every word of peace he gave
With new vigour he attacked Marathas
Who paid for showing mercy to a knave

At Raigad, Raje heard the news of idiocy
Seething with blind rage he lost his cool
In a stinging missive he rebuked Gujar
Asked him how could he be such a fool

Seven warriors fought like men possessed
But in the end perished all frenzied seven
World took notice of the unparalleled valour
And the gods opened the doors of heaven!

Many such brave men died for Swaraj
And for Maratha empire paved the way
A huge debt we owe to those who perished
So that India can be with Indians today! 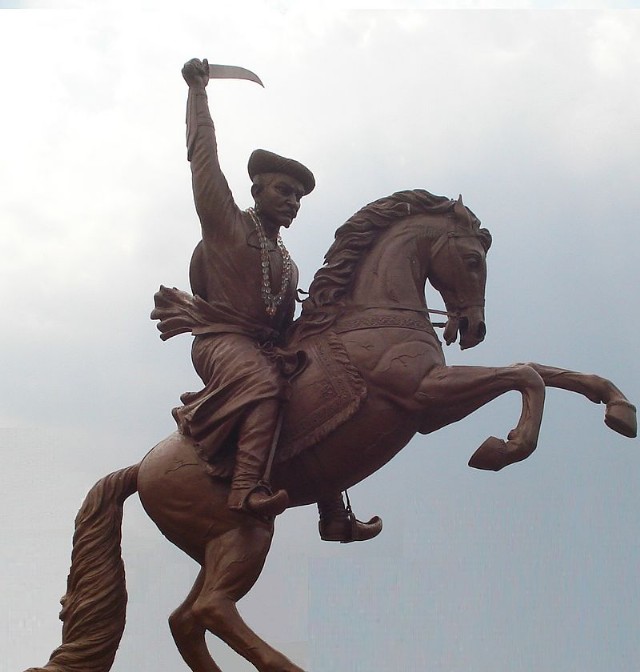 Thinker Shah
Monday, February 24, 2020
Topic(s) of this poem: history
poem poems ballad snake suicide Traditions Heroes
Download image of this poem.
Report this poem
POET'S NOTES ABOUT THE POEM
My poetic tribute in ballad form to Prataprao Gujar -the trusted Commander-in-Chief (सरनोबत) of Shivaji Maharaj's army who on this day (24th February) died at the battle of Nesari charging at the army of Bahlol Khan whom he had pardoned earlier.
COMMENTS OF THE POEM
See All Comments
READ THIS POEM IN OTHER LANGUAGES