The Bird Died In The Cage Poem by Mohammad Younus

The Bird Died In The Cage

Strong as an iron post did he stand,
I thank Allah for raising in our people...
...such a steadfast and brave leader,
Who possessed an unyielding and unconquerable soul,
In the full clutch of bloodhounds...
...he never winced or shrieked with pain,
He was caged for singing the freedom songs,
But he never bowed to the forces of wrath and tears,
It was he who taught the oppressed people of the world,
That nothing scares an oppressor...
...more than a determined heart,
That beats to the war drum of Azadi,
To prevent a mass funeral procession or protests...
... against his death in the cage...
His body was snatched and buried under the cover of darkness,
Internet service throughout the valley blocked and curfew imposed,
Hundreds of troops deployed to lock up the people in their homes,
He was only given a quiet police burial,
No public participation in his Jinazah was allowed,
A sheer state terror!
But, a fallen icon can never truly die,
He is immortal and continues to inspire,
He lives in the work of artists, the annals of history, and the hearts of the people,
So shall Ali Gilani live for ever. 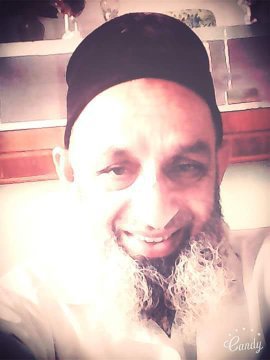 Mohammad Younus
Saturday, September 4, 2021
poem poems funeral internet
Download image of this poem.
Report this poem
COMMENTS OF THE POEM
See All Comments
READ THIS POEM IN OTHER LANGUAGES