The Mysterious Book They Found - Poem by Ritika Nahata

In the news and all around,
I get to hear this sound,
of a story doing rounds
about a mysterious book they found.

One of the biggest discovery, they say
that would solve the questions' array
about humans, earth, space and milky-way;
the questions that are unsolved till day.

Script belongs to the Mughal's era, historians confirm
the language to which it belongs, they are yet to affirm
still unable to decode the script, fonts and the terms;
but trying to get the gist through the diagrams.

It seems the discovery is a divine miracle,
that could save our species from debacle,
could also make us possibly immortal,
but to understand it they need an oracle.

I got a look of the book on a news show,
whose writer, script and text are a mystery though,
they look familiar and I think I know,
but to recall completely, my memory is slow.

Some years back, a kid saw her mother's doctoral thesis,
a research about different kind of species,
her mother was her idol, Oh Jesus,
she imitated her on all premises.

Despite the fact that her age was ten,
she'd barely started to hold the pen,
‘dyslexic', as she was called by the wise men,
she made weird fonts and images then.

One fine day, when sky was clear,
her grandfather, an antique dealer
gave her a box of ink and wooden pen - a souvenir,
belonging to the yesteryears.

She was so fond of that pen of wood,
imitated her mother's book as closest she could
in front of her friends, expecting praise she stood,
instead became a victim of their laughterhood.

Won't tell others, but I know this time around;
the book, whose story is doing rounds,
scared I'd buried under the ground,
is the same mysterious book they've found. 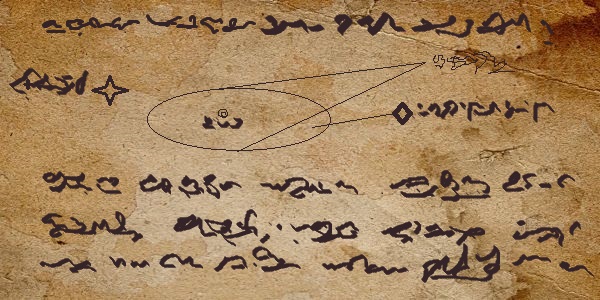 Moral: Not all that we hear and read about from the most authentic sources is the correct information. Despite, it being incorrect, it may not be ill-intentioned. This innocent girl is just scared, to tell the truth to the world; just because she thinks the world will laugh at her.

P.S.: Within the confinements of your rigidity, just try and be open to all possibilities.
END_OF_DOCUMENT_TOKEN_TO_BE_REPLACED
User Rating:
4,5/ 5( 1 votes )2