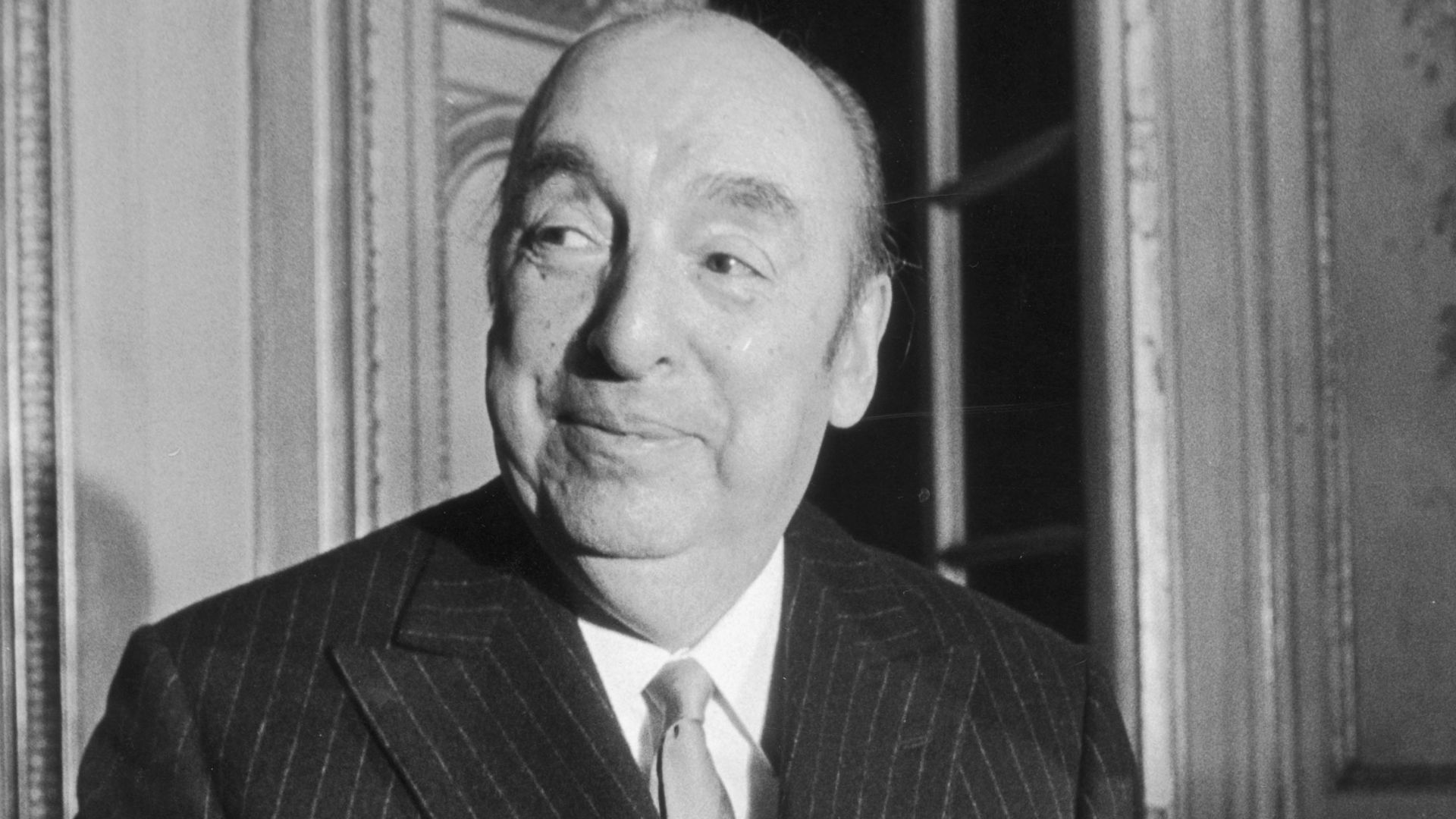 I want you to know
one thing.

I do not love you except because I love you;
I go from loving to not loving you,
From waiting to not waiting for you
My heart moves from cold to fire.
...

Don't go far off, not even for a day, because -
because - I don't know how to say it: a day is long
and I will be waiting for you, as in an empty station
when the trains are parked off somewhere else, asleep.
...

Take bread away from me, if you wish,
take air away, but
do not take from me your laughter.
...

I do not love you as if you were salt-rose, or topaz,
or the arrow of carnations the fire shoots off.
I love you as certain dark things are to be loved,
in secret, between the shadow and the soul.
...

My dog has died.
I buried him in the garden
next to a rusted old machine.
...

Tonight I can write the saddest lines.

Write, for example,'The night is shattered
and the blue stars shiver in the distance.'
...

The memory of you emerges from the night around me.
The river mingles its stubborn lament with the sea.
...

We have lost even this twilight.
No one saw us this evening hand in hand
while the blue night dropped on the world.
...

It was passed from one bird to another,
the whole gift of the day.
The day went from flute to flute,
went dressed in vegetation,
...

Pablo Neruda Poems and Quotes! Which one of Neruda's most well known poems and works?

Pablo Neruda, a Nobel Prize-winning poet who also served as an international ambassador, is still one of Chile's most adored public personalities. The most well-known poems by Neruda serve as examples of his capacity to convey intense love and sensuality as well as to discover majesty and vibrant life in everyday objects like tomatoes.

Pablo Neruda is one of the most widely read poets and continues to be admired for his writings. Here, we have compiled the most read poems of Pablo Neruda. You can also find quotes from Pablo Neruda.

The most read Pablo Neruda poems on PoemHunter.com;

If You Forget Me

I Do Not Love You Except Because I Love You

A Dog Has Died

Tonight I Can Write The Saddest Lines

A Song Of Despair

What is the original name of Pablo Neruda’s Poems?

If You Forget Me - Si tú me olvidas

Ode To My Socks - Oda a los calcetines

I Like For You To Be Still - Poema XV: Me gustas cuando callas

I Do Not Love You - Soneto XVII

Synopsis of If You Forget Me

The speaker will go on and not suffer if his love is not returned, according to the poem's main idea. Neruda constantly refers to "you" as if he is addressing someone in the letter-like structure of “If You Forget Me”, even if this "you" may be symbolic of anything. The speaker describes his attraction to the subject at the beginning of the poem; in the middle, he says he will leave if the subject forgets him or stops liking him; and at the conclusion, he returns to the initial positive, romantic tone and expresses his love for the subject. Though the poem appears to be a warning to a lover, the subject of the poem might be Neruda’s homeland, Chile, which was going through a civil war at the time.

One of Pablo Neruda's most well-known compositions is 100 Love Sonnets, which was first published in 1959. The poems in the collection are organized into the four hours of the day: morning, afternoon, evening, and night. The book is dedicated to his third wife, Matilde Urrutia. The collection's sonnets are still incredibly well-known and have been translated into English on several occasions by different experts. It is possible to read Sonnet LXVI as discussing the contradictory emotions the narrator has as a result of unrequited love. Love Sonnet LXVI continues to be one of Neruda's most well-known poems and one to which many people can connect. Its opening line is especially very well-known.

Synopsis of Your Laughter

The speaker of this poem declares to his sweetheart that he is more dependent on her laughter than on food or even on air to breathe. He continues by outlining the challenges he has faced in life and how his beloved's laughter has enabled him to get through the challenging moments. Your Laughter is regarded as a poetry about a bad circumstance and the one thing that makes it bearable. The laughter is the main focus of the poem and it can be seen as a metaphor for the thing that keeps the speaker going. The poem is rich in metaphors and symbolism.

Which one of Neruda’s most well known poems and works?

Twenty Love Poems and a Song of Despair (Veinte poemas de amor y una canción desesperada) This is Pablo Neruda's most famous collection of poems. It was first published when Neruda was just 19 years old in 1924.