A Far Cry From Africa Poem by Derek Walcott 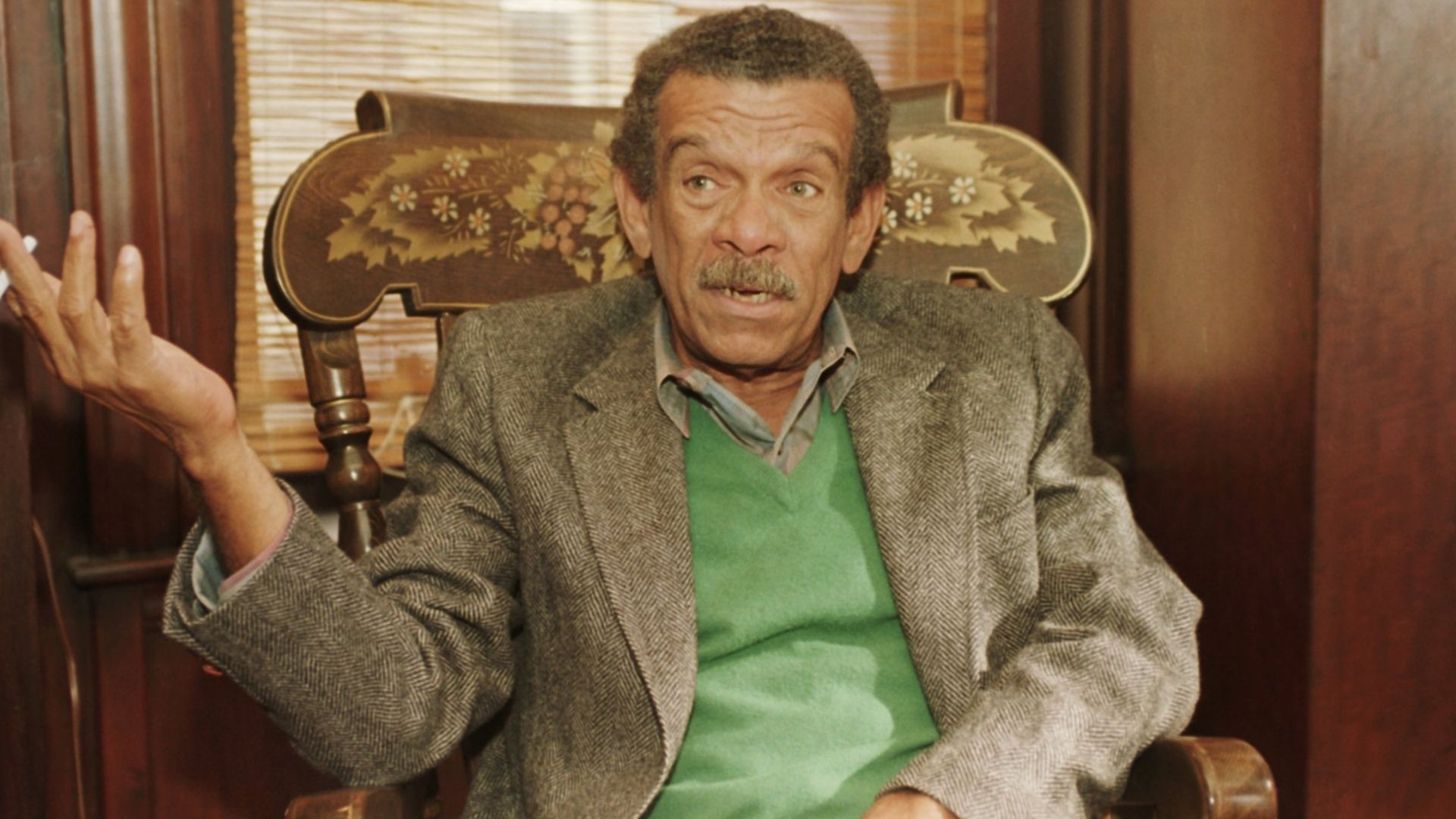 A Far Cry From Africa


A wind is ruffling the tawny pelt
Of Africa, Kikuyu, quick as flies,
Batten upon the bloodstreams of the veldt.
Corpses are scattered through a paradise.
Only the worm, colonel of carrion, cries:
'Waste no compassion on these separate dead!'
Statistics justify and scholars seize
The salients of colonial policy.
What is that to the white child hacked in bed?
To savages, expendable as Jews?
Threshed out by beaters, the long rushes break
In a white dust of ibises whose cries
Have wheeled since civilizations dawn
From the parched river or beast-teeming plain.
The violence of beast on beast is read
As natural law, but upright man
Seeks his divinity by inflicting pain.
Delirious as these worried beasts, his wars
Dance to the tightened carcass of a drum,
While he calls courage still that native dread
Of the white peace contracted by the dead.

Again brutish necessity wipes its hands
Upon the napkin of a dirty cause, again
A waste of our compassion, as with Spain,
The gorilla wrestles with the superman.
I who am poisoned with the blood of both,
Where shall I turn, divided to the vein?
I who have cursed
The drunken officer of British rule, how choose
Between this Africa and the English tongue I love?
Betray them both, or give back what they give?
How can I face such slaughter and be cool?
How can I turn from Africa and live?

I came across Derek Walcott, or rather his statue, on a visit to St. Lucia - his home island. Since then I have read his poetry and always like it.

He feels conflict between England and Africa. His two grandfathers were English: the two grandmothers were African. England has the language he loves, but also a colonial mentality towards Africans whom it treats cruelly at times. He feels the bond to Africa, which may be stronger.

The identity torment of a descendant of slaves and slave owners. Derek who at this time is probably in his eighties asks the questions of his generation. The generation that followed him look back to who they were before slavery and colonization and more embrace Africa. Younger poets from the Caribbean and America now write in local dialect. Readers are now more open to diversity in the English language. After all, language is not static, it evolves and users change and add words in each generation. English in England has undergone constant changes too.

I would like to translate this poem
Poems By Derek Walcott
Midsummer, Tobago
Egypt, Tobago
A City's Death By Fire
Forest Of Europe
Night In The Gardens Of Port Of Spain
See All Poems by Derek Walcott
Next Poem
2 / 28
Previous Poem