I Did Not Know…. Poem by Therem Estraven

I did not expect
the emptiness 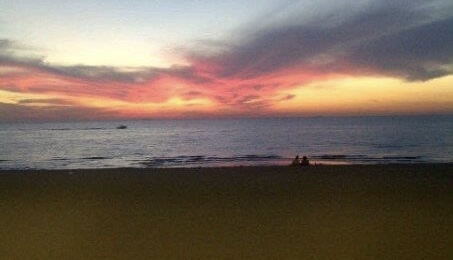 Therem Estraven
Saturday, January 21, 2023
Topic(s) of this poem: feelings,heart,affinity and love,sunset,sea,loss,misty,path,ocean,spring,dawn,rainbow,fire,nature,birds,heaven,sunrise,sun,shadow,forever
poem poems sunset
Download image of this poem.
Report this poem
POET'S NOTES ABOUT THE POEM
This is a poem describing and reflecting upon an impossible love. It is about two people who accidentally and unexpectedly fell in love in circumstances where a romantic relationship is seemingly impossible. The eventual coming to terms with reality was hard, as the prospect of a conventional romance disappeared like a shadow or a dream in the mist, that simply could not be grasped or held. Although there was deep sadness, and a feeling of loss and emptiness, this was replaced by recognition of the pure, overwhelming, transcendent beauty of what had happened. That recognition, that love, can be carried forward forever, no matter what. The poem has perhaps has meaning also to someone who experiences an unrequited love or a broken love, as even after the grief and sadness that one feels when something cannot be, there is still incredible beauty in the heightened senses one experiences, the extraordinary power of the feelings and the precious memories that one holds forever. That is what we should all remember and carry forward with us in our hearts. Estraven.20.02.2020 Estraven is an ambisexual/androgynous character from a book called the Left Hand of Darkness. He/She is both genders or, perhaps, neither. I hope this poem speaks to you whomever you are, however you see yourself and whomever you love or have loved.
COMMENTS OF THE POEM
See All Comments
READ THIS POEM IN OTHER LANGUAGES