Past And Future / Hidden Universe

Half robot, half meat and bone
The only area interested in me is cybernetics
My soul is human, my thought is emotional
But the formation is electromagnetic

Who possess infinite knowledge
Beyond infinity
It leaves the eternal behind!
The magic of human intelligence is the work of the other!

There is infinite information in universes
Nothing is impossible
Immortality found years ago in the spiritual sense
It will be found financially after years!

The unbelievable power of the existence of the one who has knowledge beyond existence and extinction,
It cannot fit into the minds of those who exist and do not exist.

But this mighty cause of presence and absence
What happened and how it happened cannot be known by the intellectuals.

Such that friends
Born from infinity finite
Actually the room was an infinity.

There are so many reports kept
Aliens now have - no discussions
It has become an absurd and absurd situation
I mean, there are aliens and they're among us.

Since the 1200s to our world
Coming and going, seen by thousands of people
Called angel, devil, jinn
There are those aliens and they are among us.

With his loyal friend Endiku, who was next to Gilgamesh, king of Uruk,
Even in an old epic when Enlil was hitting the neck of the forest guard Humbaba
There are things that cannot be imagined.

So imagination must have a foundation
Anu, Ishtar, Sky Bull and more
What is unseen cannot be envisioned.

So in summary, I mean,
Maybe these were all aliens.

In this universe, in this world there is so much secret
People are dizzy
Spirit turns
His life dies in front of him.

We humans are just
To complete the huge picture
Working like ants
We die and leave each piece.

There are so many things to say
Behind that our life will not be enough
So many things
Who knows what will happen in the next centuries. 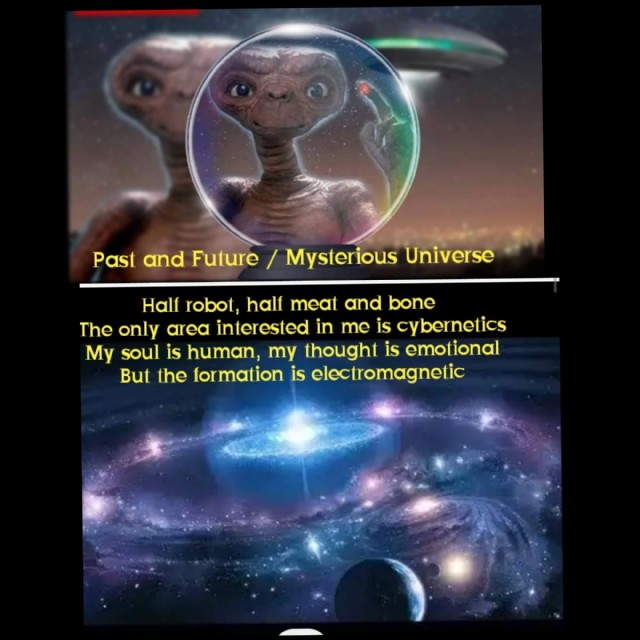 Topic(s) of this poem: universe

Past And Future / Hidden Universe