I look at my neighbor quizzically, quietly pondering this quibble’s quandary-
The disinclination to acquiesce to recantation of implanted altruistic misery.
Stultiloquence in consequential and quintessential eloquence rendered thus
Takes a transcendental trajectory in silent shadowy vehemence without fuss.
Righteous indignation remains dispassionate, yet at first a motive to employ,
Under duress from horrid enchantments from him whose heart did exploit.
Existential ministrations metamorphose my prayerful prose quite prolifically,
So that sedentary sentiments in silence may reawaken vicariously.
Nevertheless, sanctimonious voices inside my head remain calmly subdued,
Anthropomorphic symbiosis and spiritual diagnosis illatively misconstrued.
Random blindness toward ocular malfeasance incorporates my beneficence.
Kindled by a one-time fury, I suppress a hostile verdict despite his insolence.
Yet my clemency for seclusion ascends to higher things—true discipleship.
My ulterior motive cannot acquiesce within a vaunted, faulty disfellowship!
Altogether quite irrational, ridiculous, and an unruly rapscallion he may be,
Reticence requires solitude, and there may still be hope for him yet, you see.
Karma and kismet; calamity and tribulation; dismay and pandemonium too:
Yonder existence to him is life’s chance, yet happenstance is not ever fooled.
In such a dilemma, one could be found bound to emotions rather unstable!
Sarcastically serendipitous, as it were, when brought to the bargaining table.
Antidisestablishmentarianism, anarchy, addendums, and ancient asceticism:
Nuances that all neighbors avoid, circumnavigating each new verbal schism.
Nor would one ever forget irrepressible antonyms for chanting incantations.
O, wretched man that I am! Shall I not surpass my disparaging damnations?
Yowling in despair, I am overcome; despondency is fraught with dissonance.
Indeed, the altitude of this substantial attitude is his pièce de résistance.
None too late are the blissful beatitudes reminding me of a seventh heaven:
God said unto thee, 'Not until seven times: but, Until seventy times seven.'
My heart is exuberant, for I have cast fettered convictions into God's in-box:
Ever after, my exoneration is through Him, crucified upon the wooden cross. 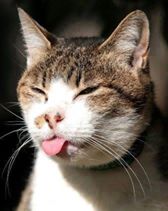 Learning to forgive an unruly neighbor can be difficult at times. I realized it is better to forgive than to remain angry and let myself become angry.
There is no comment submitted by members..
User Rating:
5,0/ 5( 1 votes )0