Lying in wait, patiently silently following every move,
Unseen by most, till a moment before a strike, then silence you lose,
Claws like a razor, teeth like a knife
As they are digging, you cling to life,
Your oxygen cut off, the breathing is thin,
Nothing left now, no you won't win,

Another life claimed, by the wit and the skill
The appetite curbed, the beast claims the kill,
The beast, the victor, opponent, has none
before it was started the battle was done
Unseen, came the battle, victory unclear,
A death, escape, a way out was near

Unseen it came left just the same
A pile of bones, unrecognized no name,
Disappeared like a shadow, gone out of sight
Another day finished, now stalking the night
Keep your eyes open, use silence to hear
If it's unseen, the beast could be near 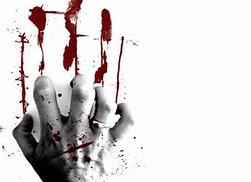 Topic(s) of this poem: fear of self, hopeless, love and art