HELP! HELP! ! HELP! ! !
Am lost in the cosmos,
Surrounded by darkness in a terrain I can't explain.
'lead me through the night' I could only yell.
The more i yelled the fainter my reverberations struck my ear.
Should i turn to the left or to the right?
My weary heart spoke in protest.
The thought of my predicament made me feel dizzy.
Twas a long night filled with despair.
I could only feel the stings of some silly insects and hear the sounds of some happy crickets.
All around me I could only Perceive uncertainty.

I waited for hundreds of hours for day to come,
But time proved to me that I was in a zone of perpetual darkness.
I looked to the skies all my eyes could find was a thick dark cloud.

Days rolled into weeks.
Though i lost track of time, each second seemed like a million years.
At this point i had lost strength to speak and my vigour was at its brink.
Turning to my left i could see a shadow of a stone.

I gazed at the atmosphere in admiration,
As i saw darkness being overtaken by light.
In a matter of some microseconds a star appeared and dominated the galaxy.
Hurray! It was a northern star.
Its brightness was unique in that its radiance produced a fragrance of calmness and serenity.

As soon as i could find my pouch, I began to move in the direction of the Star.
It led me through the grass lands and savannah there I settled and ate some cashews
Gradually we entered into a rain forest.I stopped by a river flowing eastward from the savannah to drink some water.
Step by step i kept trailing the star till i got to my abode.
The northern star stood at my roof and shone forever. 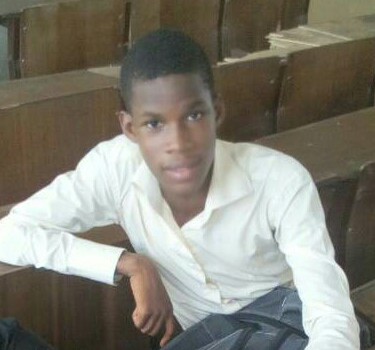 Israel Sajini
Tuesday, March 27, 2018
Report this poem
Topic(s) of this poem: time
READ THIS POEM IN OTHER LANGUAGES