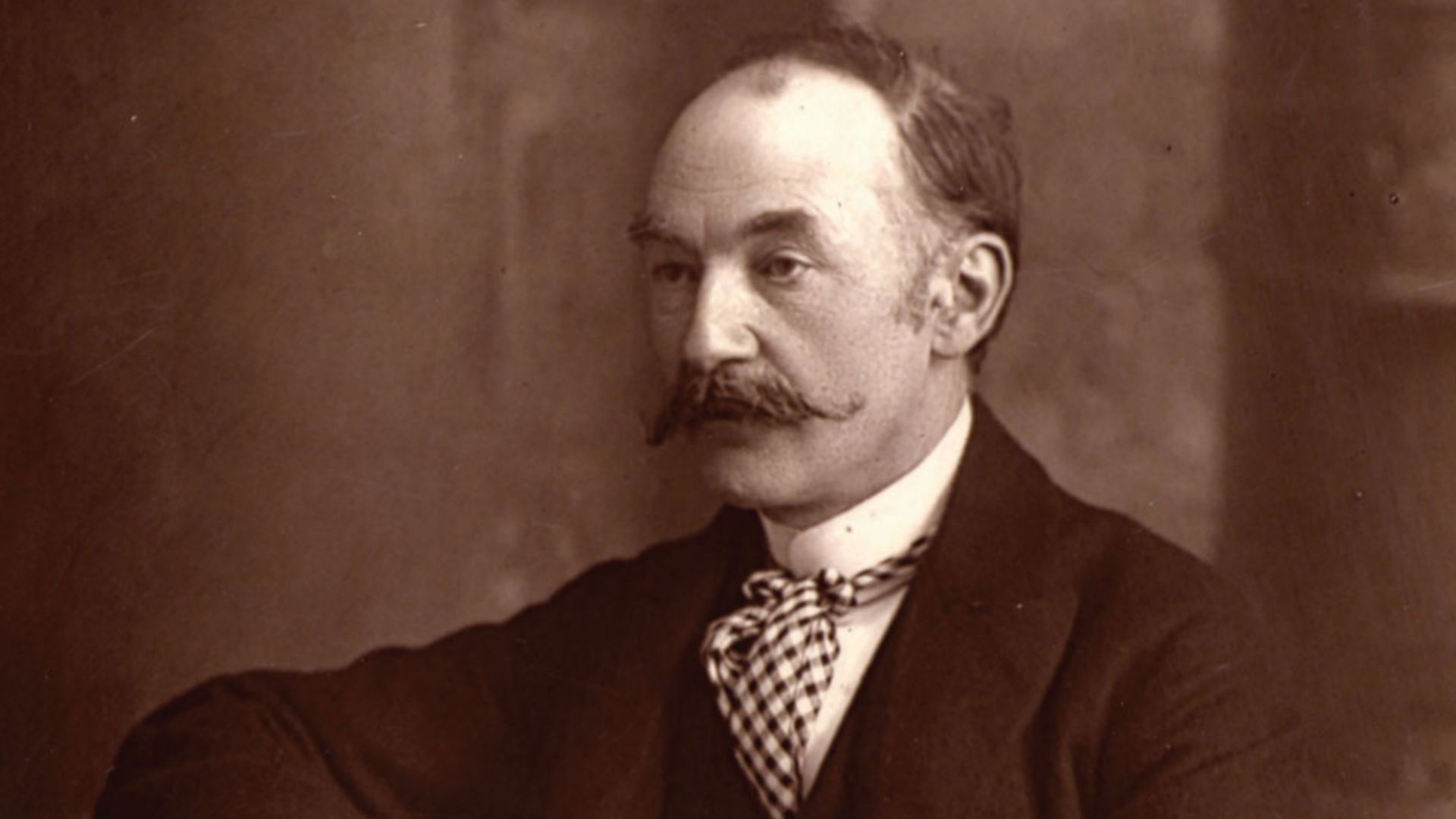 
(an Incident of Froom Valley)

"THY husband--poor, poor Heart!--is dead--
Dead, out by Moreford Rise;
A bull escaped the barton-shed,
Gored him, and there he lies!"

--"But, Mistress Damon--I can swear
Thy goodman John is dead!
And soon th'lt hear their feet who bear
His body to his bed."

So unwontedly sad was the merry man's face--
That face which had long deceived--
That she gazed and gazed; and then could trace
The truth there; and she believed.

She laid a hand on the dresser-ledge,
And scanned far Egdon-side;
And stood; and you heard the wind-swept sedge
And the rippling Froom; till she cried:

"O my chamber's untidied, unmade my bed,
Though the day has begun to wear!
'What a slovenly hussif!' it will be said,
When they all go up my stair!"

She disappeared; and the joker stood
Depressed by his neighbor's doom,
And amazed that a wife struck to widowhood
Thought first of her unkempt room.

But a fortnight thence she could take no food,
And she pined in a slow decay;
While Kit soon lost his mournful mood
And laughed in his ancient way.

Thomas Hardy
Tuesday, December 31, 2002
poem poems
Download image of this poem.
Report this poem
COMMENTS OF THE POEM
See All Comments
READ THIS POEM IN OTHER LANGUAGES