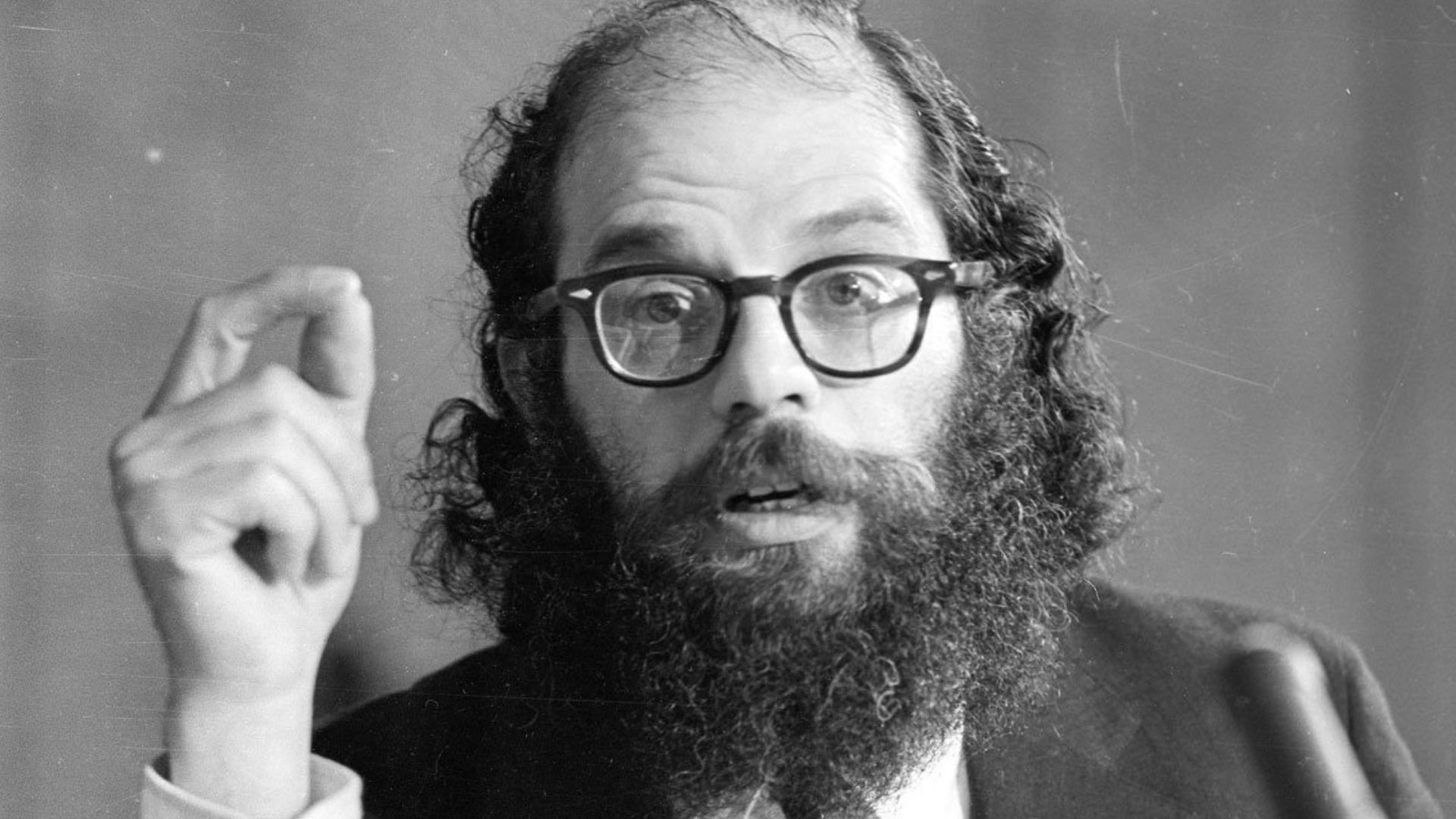 What thoughts I have of you tonight, Walt Whitman, for I walked down the
streets under the trees with a headache self-conscious looking at the full moon.

In my hungry fatigue, and shopping for images, I went into the neon fruit
...

Elan that lifts me above the clouds
into pure space, timeless, yea eternal
Breath transmuted into words
Transmuted back to breath
...


If I were doing my Laundry I'd wash my dirty Iran
...

I speak of love that comes to mind:
The moon is faithful, although blind;
She moves in thought she cannot speak.
Perfect care has made her bleak.
...

Stand up against governments, against God.
Stay irresponsible.
Say only what we know & imagine.
Absolutes are Coercion.
...

In nineteen hundred forty-nine
China was won by Mao Tse-tung
Chiang Kai Shek's army ran away
They were waiting there in Thailand yesterday
...