Apostate Will Poem by Thomas Chatterton 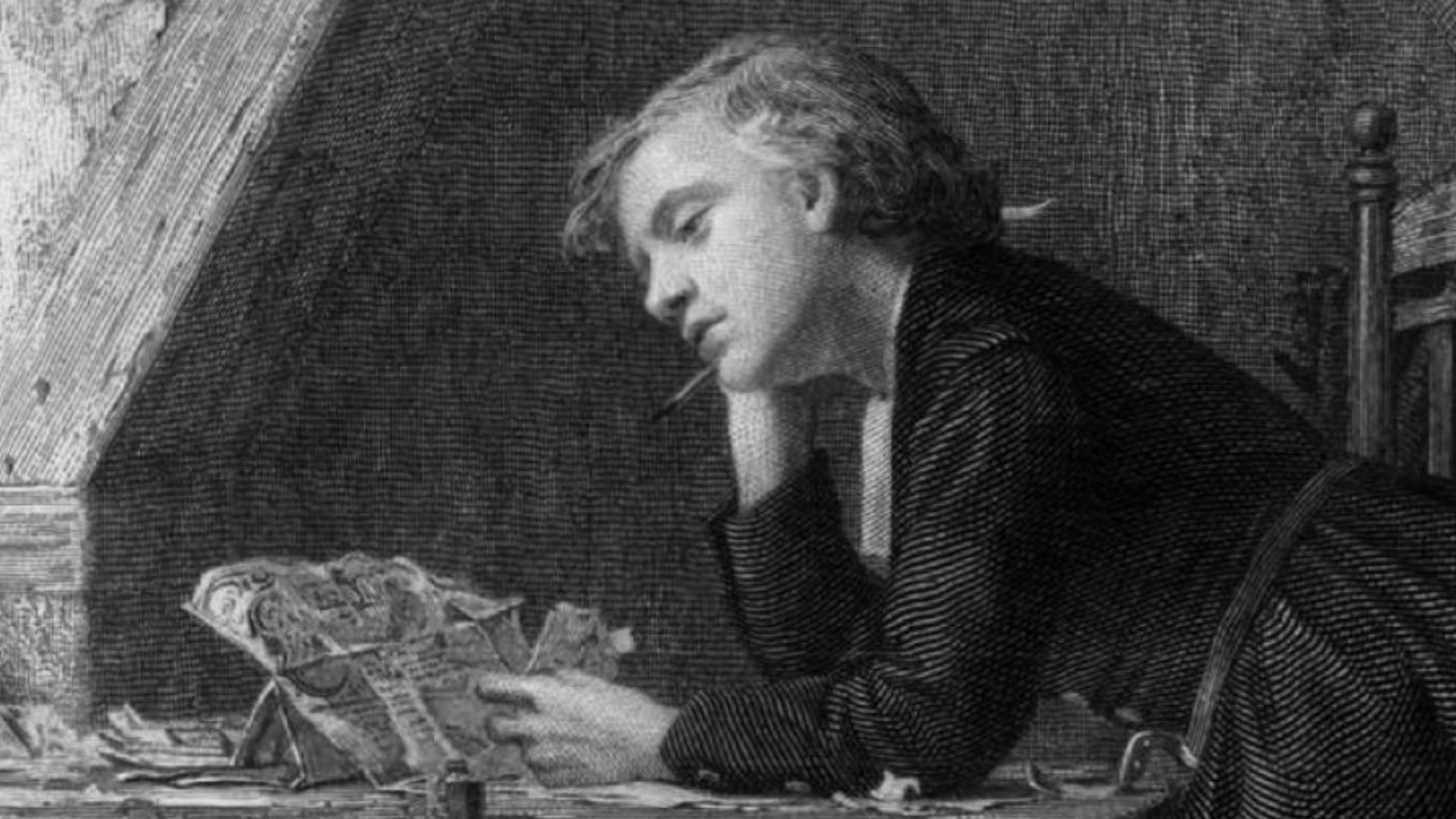 
In days of old, when Wesley's power
Gathered new strength by every hour;
Apostate Will, just sunk in trade,
Resolved his bargain should be made;
Then strait to Wesley he repairs,
And puts on grave and solemn airs;
Then thus the pious man addressed.
Good sir, I think your doctrine best;
Your servant will a Wesley be,
Therefore the principles teach me.
The preacher then instructions gave.
How he in this world should behave;
He hears, assents, and gives a nod,
Says every word's the word of God,
Then lifting his dissembling eyes,
How blessed is the sect! he cries;
Nor Bingham, Young, nor Stillingfleet,
Shall make me from this sect retreat.
He then his circumstances declared,
How hardly with him matters fared,
Begg'd him next morning for to make
A small collection for his sake.
The preacher said, Do not repine,
The whole collection shall be thine.
With looks demure and cringing bows,
About his business strait he goes.
His outward acts were grave and prim,
The methodist appear'd in him.
But, be his outward what it will,
His heart was an apostate's still.
He'd oft profess an hallow'd flame,
And every where preach'd Wesley's name;
He was a preacher, and what not,
As long as money could be got;
He'd oft profess, with holy fire.
The labourer's worthy of his hire.
It happen'd once upon a time,
When all his works were in their prime,
A noble place appear'd in view;
Then ______ to the methodists, adieu.
A methodist no more he'll be,
The protestants serve best for he.
Then to the curate strait he ran,
And thus address'd the rev'rend man:
I was a methodist, tis true;
With penitence I turn to you.
O that it were your bounteous will
That I the vacant place might fill!
With justice I'd myself acquit,
Do every thing that's right and fit.
The curate straitway gave consent--
To take the place he quickly went.
Accordingly he took the place,
And keeps it with dissembled grace.

The curate straitway gave consent- To take the place he quickly went. Accordingly he took the place, And keeps it with dissembled grace. a very good poem. tony

I would like to translate this poem
Poems By Thomas Chatterton
Colin Instructed
Eclogues
A New Song
An Excelente Balade Of Charitie: As Wroten Bie The Gode Pri
A Hymn For Christmas Day
See All Poems by Thomas Chatterton
Next Poem
10 / 47
Previous Poem