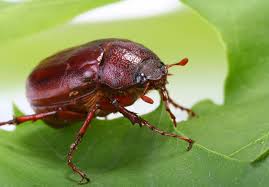 Kimberly Burnham
Saturday, April 3, 2021
Download image of this poem.
Report this poem
POET'S NOTES ABOUT THE POEM
Science 'Our electronics and actuator weigh 248 milligrams and can steer the camera over 60° based on commands from a smartphone. The camera streams "first person" 160 pixels-by-120 pixels monochrome video at 1 to 5 frames per second (fps) to a Bluetooth radio from up to 120 meters away. We mounted this vision system on two species of freely walking live beetles, demonstrating that triggering image capture using an onboard accelerometer achieves operational times of up to 6 hours with a 10-milliamp hour battery.' Wireless Steerable Vision for Live Insects and Insect-Scale Robots.
READ THIS POEM IN OTHER LANGUAGES