Rating: ★5.0
'Men readily believe what they want to believe about the' (Julius Caesar)

In Italy, in that year, there was an anti pandemic mobilization
And all the doctors were vaccinated.
The Lady of the Public Hygiene had organized the vaccination very well.
The conscripts were summoned electronically
And not everyone understood well the message:
Any way, aged and perplexed faces appeared at the summons.
However, in the morning, the women's faces are always beautiful.
There would have been something to take heart
And in fact I took heart: was my thrill current?
Once, calls were answered with youthful freshness and the curiosity to know the world.
This world, which now presented its bill, was no longer what it was
And even we weren't the same anymore.
Was it true that love required some future?
Amy Fowler Kane would have been make her way as a doctor.
The girls nurses of the vaccination had frightened eyes
But the reality was the location of their project:
They vaccinated the old doctors and this was paradoxical.
Some would like God to grant them a light and beautiful death
But Caesar had the greatest death and it was not exactly light.
Somebody told me that nothing ever happens in my stories
But, here, does it seem that nothing has happened?
It happened that my poem tells about several women
But, in love, you are in love with one. 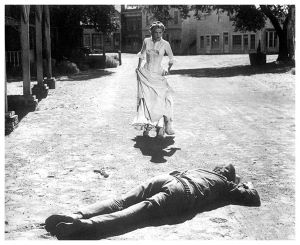 Paolo Giuseppe Mazzarello
Thursday, March 25, 2021
Download image of this poem.
Report this poem
READ THIS POEM IN OTHER LANGUAGES