Click For The Best Poems ❱❱
Next Poem
12 / 107
Previous Poem

Blame - (Be A Winner Without Blame)

When things don't go; the way you want
Accept it without giving a taunt
Reflect what right can be done
Cause with Blame a person can never be won 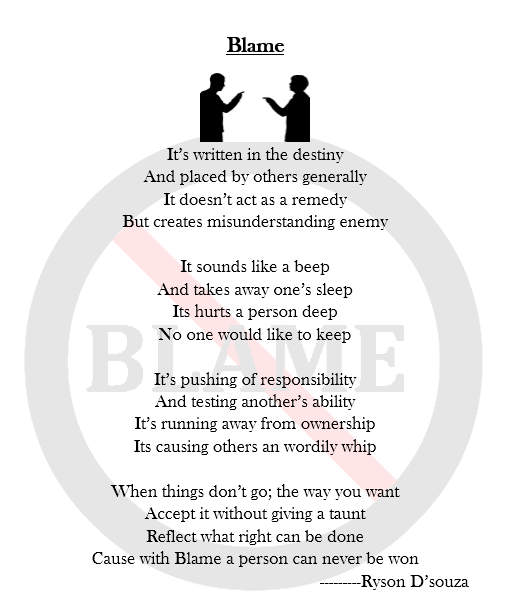