Christendom Of Sir Walter Scott-The Connoisseur And Realm Of Ivanhoe

The fair Jewishness of the Maiden incumbent Rebecca's life endangered in chastisement
O holy daughter of Rachael cried and lamented the Isaac of York in agony, grief and fear
Chivalrous Ivanhoe, forgotten and oblivious of of the atonement of the sylphlike Damsel?
Unflinching moral realism struck the heart of Sir Walter Scott adhering to the devastating plight
And indulgence in carnage of conflagration among the vainglorious; and fierce and haughty Templar's temperamental outburst; and vehemence
The necromancy of witchcraft and wizardry, avaricious sorcery and gluttonous elixirs were the allegations the daughter of Isaac of York: beautiful Jewish Maiden being convicted,
Despite the precarious predicament she wasn't dissolute, seduced or profaned!
Had had the fierce Brian De Bois-Guilbert in proclamation of misdemeanor; amidst irksome, wearisome and starvation and imprisonment, blows and strikes, journeys and indigestion; I profess this avowed and promised solemn ambition of entreating a relationship: succour and relish through consummation of nuptial and procurement
The valiant and renowned Ivanhoe's fair and royal Christian Mistress Lady Rowena's aphoristic relation

Didn't give Ivanhoe a dirty look from Rebecca's shimmering and, starkly starry eyes in the glimmering twilight
Exorcisms performed with the errand of obsequies towards apparition dwelling grotesquely in English blood and countryside and farmyards:
Deeming rectitude of Norman and English aboriginality
Wherefore minstrels, swineherds fools, chaplains and bishops
Singing the song in chorus of phantom delight in reverie;
The Black Knight restored to the monarchy whilst yonder venison bestowed in grace abounding:
Endowed amidst the Sherwood foresters anchorites Robin Hood, Friar Tuck and the merry men
Spellbinding merry men thus rejoicing and obliged in aura of disencumber and entwined enticement and delusion

Recurrence beams of the sundown dissolved in ecclesiastical importunities;
Apostle's epistle enrolled and entitled to the sepulcher of Rebecca:
Sherwood forests blaze and romanticize a chakra and mantra in the nirvana as an incantations to bid adieu and farewell to thee: Rebecca The Blessed Virgin! 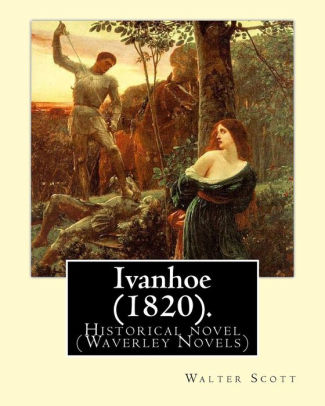