Along the other side past my mortal being of what I lied.
Always reminds me of the monster that I hide, that lies in wait;
To break the bonds that keep the mighty beast inside.

Encroaching life stirred by taunting trepidation.
Unconfined to helm, life; A taskmaster of self creation.
Invoked was the creatures rage when fear ascended beyond approach.
Used too often because the coward would hide inside its mortal host.

Heavy detriment tallied upon my life.
As the years gave way to an effortless trail.
Cleared by the passion of the beast;
To pervade all men with their fear unveiled.

Acquitted by a loathing, self, subjected to life's blade.
The knife cut deep into my soul, and the scars became its cage.

Time has uplifted the madness that remains inside my gentle being.
Giving rise to a new beginning.
Leaving the creature to lie dormant within a peaceful sleep.

Diligent watch, over suppressed thoughts;
That temptation has forged into keys.
Be warned the world to tempt me not;
For I am still the beast. 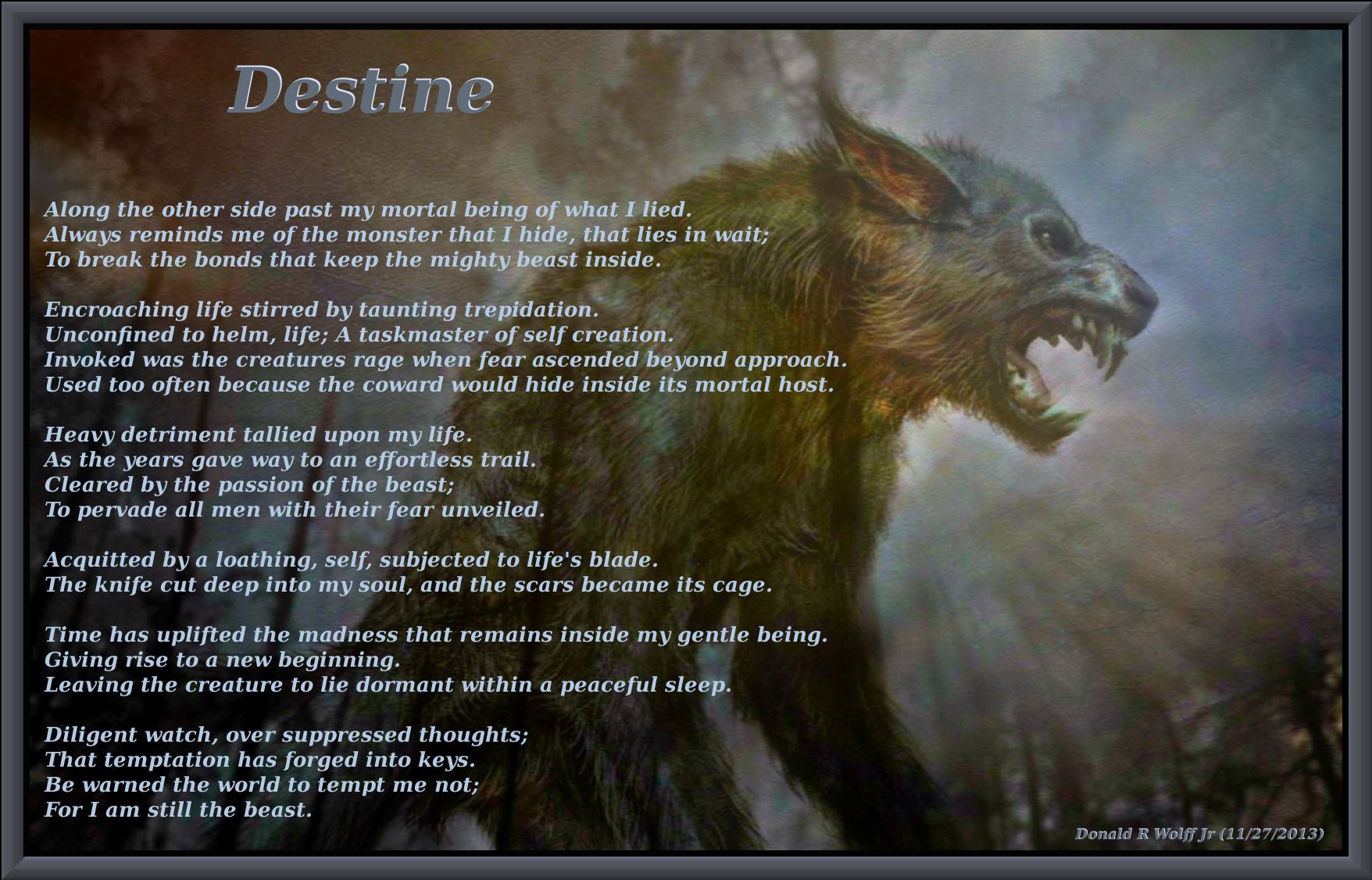 Donald R Wolff JR
Thursday, March 11, 2021
Download image of this poem.
Report this poem
READ THIS POEM IN OTHER LANGUAGES