twisted chains in the very fabric of their existence...
come join in the resistance
shattered glass out on the patio
vanished corpse out of thin air
in peril the vortex shimmers at the call of nature
strangled by fragments of false decorum
we left a sign out in the parchment area
having no visitors allowed inside of property
an infested entity filled with torn mockery
the smell permeates the weight of the skull
still I have a good story to tell
a funeral director decided to sleep on the job
at night it would send quite a bit of fright
the notion of cobwebs woke him from his sleep
tiny creatures manifested themselves out on the corridor
alone in his tiny egg shelled frame
the man went totally insane
his eyes were as clear crystal evil
throwing things in the air he was a loose cannon
walking over to a corpse he threw himself on top
vomit came out of his system along with maggot infested feces...
he collapsed in the silence of the room
a candle was lit near by as it fluttered it started a fire on the ceiling..
it was to late for the director he died a horrible death

yet for some reason his body was fully intact
they gave him a funeral with all the trimmings
a flash of light grew nearby then there was the fly
many years would pass still having every reason to grasp
a tailor knocked on the door
there lay the corpse in post mortum habitation
now was a very good time to take a break on a long awaited vacation. 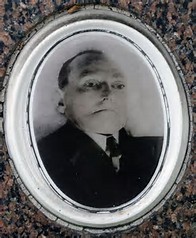 John Ackerman
Wednesday, September 27, 2017
Report this poem
Topic(s) of this poem: dark,deep
READ THIS POEM IN OTHER LANGUAGES