In Amsterdam Poem by AbdelAziz Alhaider

within the time of the sad creation

(To the remembranceof magician Rembrandt)))


In theshort, narrowalleys of Amsterdam there is a charming strange
And her sky... full of friendly repeated clouds
... Shaking hands of the hearts skin
And if,takenthe tram from the beginning of the Damarak*
You will pass an amazing city built of crazy imagination...
Between a bridge and a bridge there is a bridge
A throne ofpearlsfrom the thousandbridges over the Amsteel*
Cycle andother youwill not know your place.. Golden, shorthair, and the smell of Chanal5
Your eyes and nose will fill with another kind of magic
TWOalleysfrom theRed Light District
to the left … RembrandtsHouse
The little house with its three floors
At the entrance, he Shaking hands with you, withhiswaistcoatshift toleft…. He is a brilliant dancer in his cloths, with his fingers dancing in colors
How dark hiscolors... hot, and sharp
He is Rembrandt... who has not yet draw a fresh bread
Laughs for the last time on the pages of newspapers
He forgot with the anatomy lesson... he forgot to make a statement to the satellite channels
Whom, with the long waistcoat not whom you smell his colors in the long narrow stairs thatlead to his bedroom
The girls of the glass facades... around the corner of his house that hemoved to , years ago
who maturedthe red ….?
…? who harvested the roses fields
Who launched the flood
theflood of romance…?
His favorite glowing color liquate in the nerves...
in the flasks
The city dances and races with it
Amsterdam's roads are soaked, and Rembrandt pulls hisfeet in the mud, , ,
On thetopsof his stepsexactly thereis a- valtze - dancingmusic
That is a hundred years away from the departure fromthe city
Thegirls of thefacades do not knowfromof the dreams of the last century, or the heels of recent years more than fewsections ofsome obscene songs... where they stand in the façades
And you, from your position on the -dam - along its bank , you will see how the colors themselves constitute a naked world...
dancing world in front of your eyes
Dear ,
hedid not enjoy the tram ride
He did not visit the museum of his friend - Van Gogh's-
One or two miles away
He did not accompanied by a pet with friendspoets


What did Rembrandt do during the Nazi occupation
That is what not paintedbyany memory
He was resisting with his colors, that had crossed the centuries to scare the crazy Nazi
Amsterdam your memory is still very close…..
For three decades of purple love bunches.... Therefore, the Rembrandt toast is lifted over generations
and
This is a new greeting 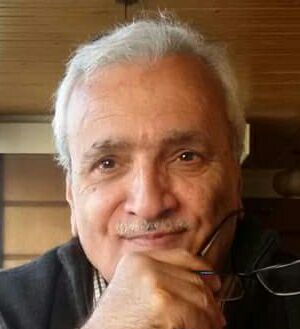 AbdelAziz Alhaider
Thursday, August 2, 2018
Topic(s) of this poem: beauty
poem poems Flood
Download image of this poem.
Report this poem
POET'S NOTES ABOUT THE POEM
(To the remembranceof magician Rembrandt)))
COMMENTS OF THE POEM
See All Comments
READ THIS POEM IN OTHER LANGUAGES

within the time of the sad creation