You found my body hanging, my love strangled, but my music still beating, breathing alive. It will go where my legs could not take me, my music will find you, but you will claim to have discovered it, because your ear, your mind is of a colonizer, calling my music jazz, Afrikan jazz whenmy life was Blues, a black man lynched in his room, for his views. 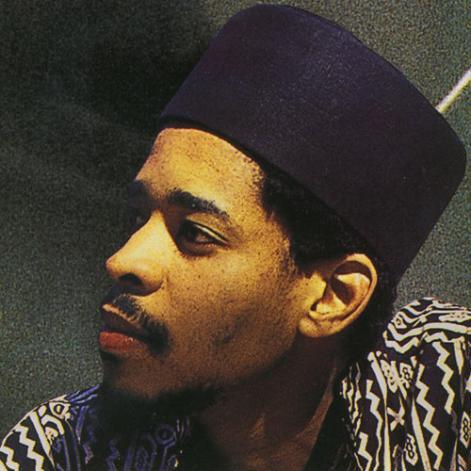 Black Consciousness Poetry BCP
Wednesday, June 20, 2018
Topic(s) of this poem: african poem
poem poems music black
Download image of this poem.
Report this poem
POET'S NOTES ABOUT THE POEM
The nature of genius is often precarious. It teeters along the precipice of madness, it flirts outrageously with callous destructiveness, yet in-between it conjures moments of utter tranquillity, harmony and beauty.

Music, of all life's elements, seems to exact the heaviest toll on its most gifted. Their lives are so often led at full tilt - a dramatic explosion of creativity that just as soon vanishes, way before we lesser mortals have been afforded the time to process it. Kurt Cobain, Jimi Hendrix, Janis Joplin - flames flickering precariously in the wind, snuffed out all too soon.

Last week marked the 10th anniversary of the death of Moses Taiwa Molelekwa, a supremely gifted jazz pianist and composer whose lifeless body was found, alongside that of his wife, in morbidly suspicious circumstances on February 13,2001.

Molelekwa's time in the spotlight was a short but auspicious one. His two albums, inspired fusions of Western and African jazz forms, won over critics here and overseas and seemed to symbolise the rise of a new country, intoxicated by freedom, accepting and embracing its indigenous heritage.

Molelekwa's influence, however, extended to more than just jazz. In his role as a producer, he lent his assured touch to the talents of the kwaito supergroup TKZee and soprano Sibongile Khumalo. His was the Midas touch, but it was never more evident than when his fingers caressed the ivories.

Ten years after his tragic death, we salute his contribution to the lexicon of South African music through the words of those who were fortunate enough to experience his genius first-hand.

Brad Holmes: Owner of the Bassline

"I first met Moses Molelekwa when I opened the Bassline in 1994. It was our second week open and McCoy Mrubata could not make the gig as the Guinness Jazz Festival was running late.

"McCoy informed me that… this band called Dondo could fill in and they were hot.

"I had a cardiac arrest as I did not know who Dondo was. I had no choice and told McCoy to go ahead with it.

"Moses Molelekwa, Jimmy Dludlu, Vusi Khumalo, Fana Zulu, Kaya Mhlangu, and Max Mtambo then walk through the half-built Bassline to do their sound check. It sounded really good and I started getting very excited.

"The Bassline was packed - Jozi was very hungry for a jazz club - and they started playing. The Bassline was literally on fire and, at their break, I asked them if they wanted another gig. The person who blew my head off was very young, quiet, humble, more talented than anyone I have ever met, Moses Molelekwa.

"From then on, Moses was a regular performer and patron. He lived in Westdene, around the corner from the Bassline. He always did the first gig of the year. It was always packed and set the tone for the year. He made us look forward to opening the Bassline.

"Moses's passing was the most heart-breaking as he was one South African musician who had the edge - he was our next Abdullah Ibrahim, Hugh Masekela, Bheki Msleku.

"He was destined for greatness. I now have a large photograph of him above my piano in my lounge and say ‘hi' to him every day. We miss you, Moses Molelekwa."

McCoy Mrubata: Jazz stalwart and one of Molelekwa's early mentors

"I first met Taiwa when he was studying at Fuba. I accommodated him after he graduated and worked in my first band, McCoy Mrubata's Brotherhood. It was his first professional gig and entry into the industry. The band also put… Jimmy Dludlu on the map.

"I've had the privilege of working with… Moses Taiwa Molelekwa in several bands and projects such as Hugh Masekela's first band after returning from exile, Lerapo.

"The man was simply a genius. He was a great composer and arranger and could improvise. It's rare to find an artist who could excel in all aspects of music and he did. He was one of a kind. His first solo album, Finding Oneself, is very close to my heart as he started working on the material in my flat, trying to find himself.

"He was softly-spoken, very clever and politically aware. He was ahead of his time in terms of thinking. Sometimes on tour we'd share a room and girls would be all over him. He was a good-looking young man, but one who could recognise his own weaknesses."
COMMENTS OF THE POEM
Dr Antony Theodore 20 June 2018

because your ear, your mind is of a colonizer, calling my music jazz, Afrikan jazz your explanation of the poem was very special and good.... i understand your emotions and all that you want to speak about Moses Taiwa Molelekwa . very fine poem. write to us and make us also react to the injustices and prejudices of this world. thank u. tony.