Click For The Best Poems ❱❱
Next Poem
90 / 178
Previous Poem

No Snow, No Show

They said it was coming but there was no snow, no show
They said icicles would form and give the ground a nice shiny glow

Weather app told me there was an 80% chance of a snow shower
So, I kept looking at my phone, but the start time kept being put back hour by hour

The kids, the coats, the hats all together
As I look up there wasn't a single thing falling, not one flake, not even a feather

Relieved vulnerable people thankful they weren't caught in a snow zone
Being attacked by snowballs, shivering or breaking bones

No snow, no show, the snow people we now won't be able make
Will have to just picture it all in our heads for heaven sake

They said the snow was coming but it just did not come
So we will have to wait until Mother Nature lets us see it again to have our snowy fun. 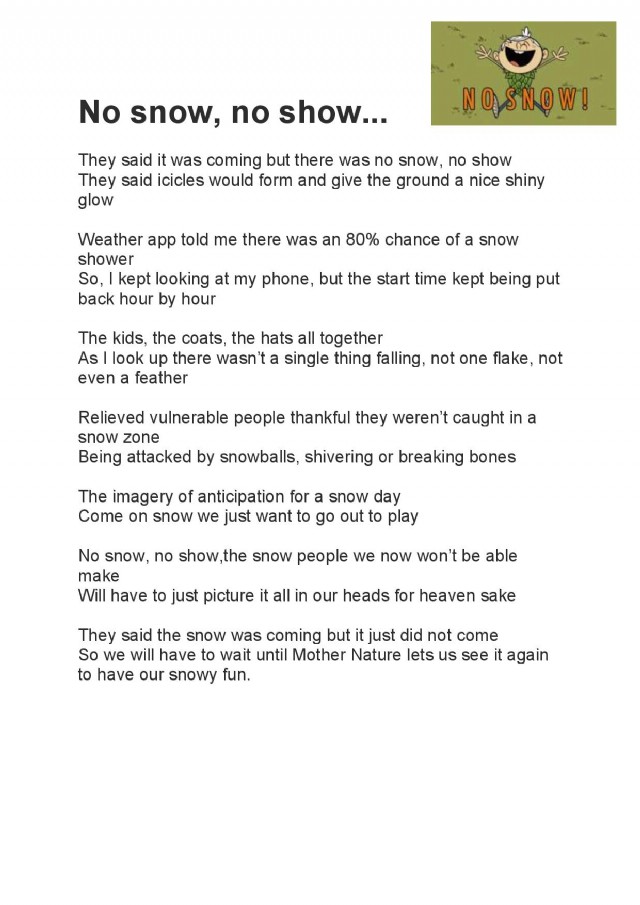