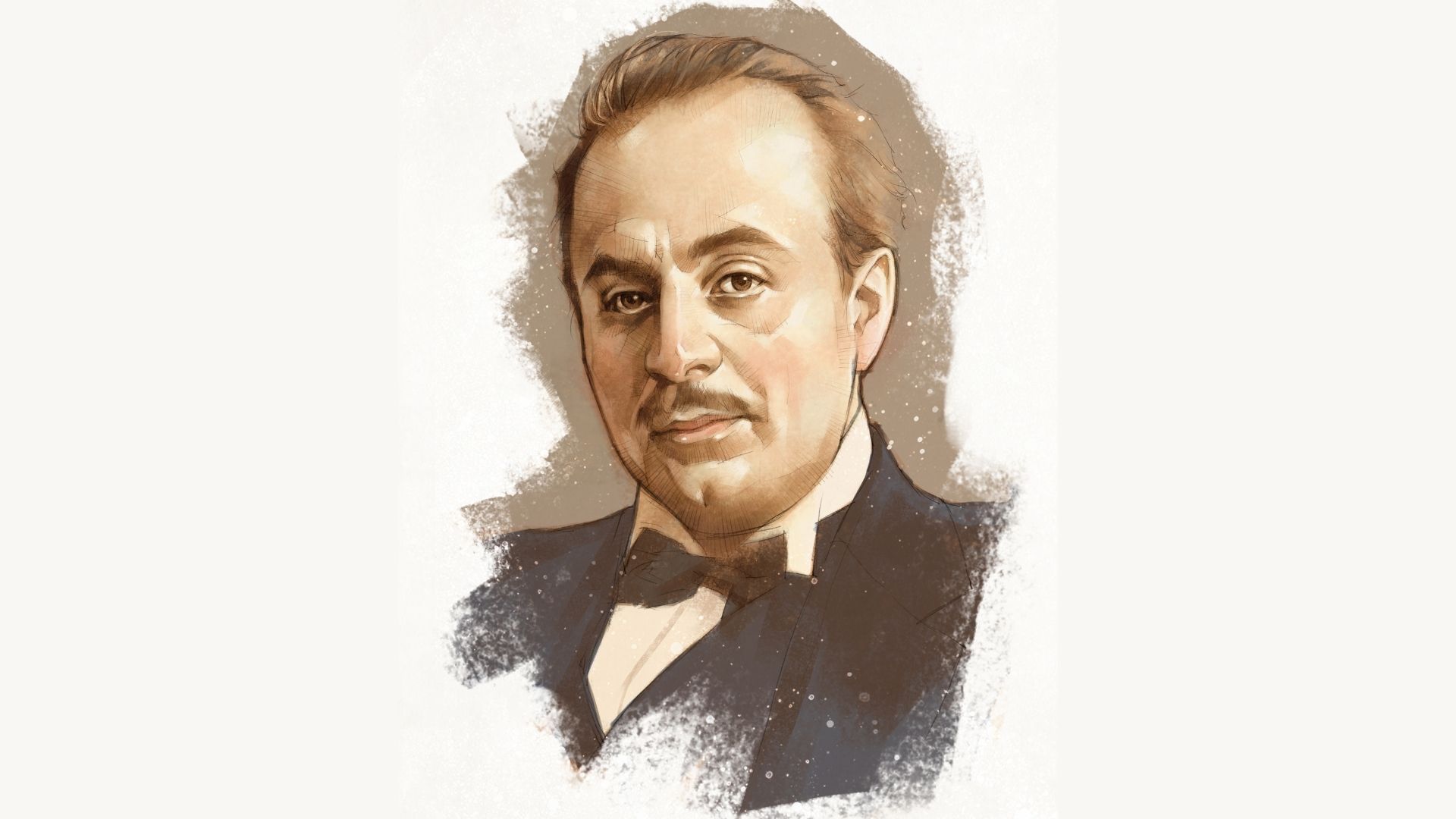 When night came, his lips and tongue were parched, while his hand was still as empty as his stomach.

He gathered himself and went out from the city, where he sat under a tree and wept bitterly. Then he lifted his puzzled eyes to heaven while hunger was eating his inside, and he said, 'Oh Lord, I went to the rich man and asked for employment, but he turned me away because of my shabbiness; I knocked at the school door, but was forbidden solace because I was empty- handed; I sought any occupation that would give me bread, but all to no avail. In desperation I asked alms, but They worshippers saw me and said 'He is strong and lazy, and he should not beg.'

'Oh Lord, it is Thy will that my mother gave birth unto me, and now the earth offers me back to You before the Ending.'

His expression then changed. He arose and his eyes now glittered in determination. He fashioned a thick and heavy stick from the branch of the tree, and pointed it toward the city, shouting, 'I asked for bread with all the strength of my voice, and was refused. Not I shall obtain it by the strength of my muscles! I asked for bread in the name of mercy and love, but humanity did not heed. I shall take it now in the name of evil! '

The passing years rendered the youth a robber, killer and destroyer of souls; he crushed all who opposed him; he amassed fabulous wealth with which he won himself over to those in power. He was admired by colleagues, envied by other thieves, and feared by the multitudes.

His riches and false position prevailed upon the Emir to appoint him deputy in that city - the sad process pursued by unwise governors. Thefts were then legalized; oppression was supported by authority; crushing of the weak became commonplace; the throngs curried and praised.

Thus does the first touch of humanity's selfishness make criminals of the humble, and make killers of the sons of peace; thus does the early greed of humanity grow and strike back at humanity a thousand fold! 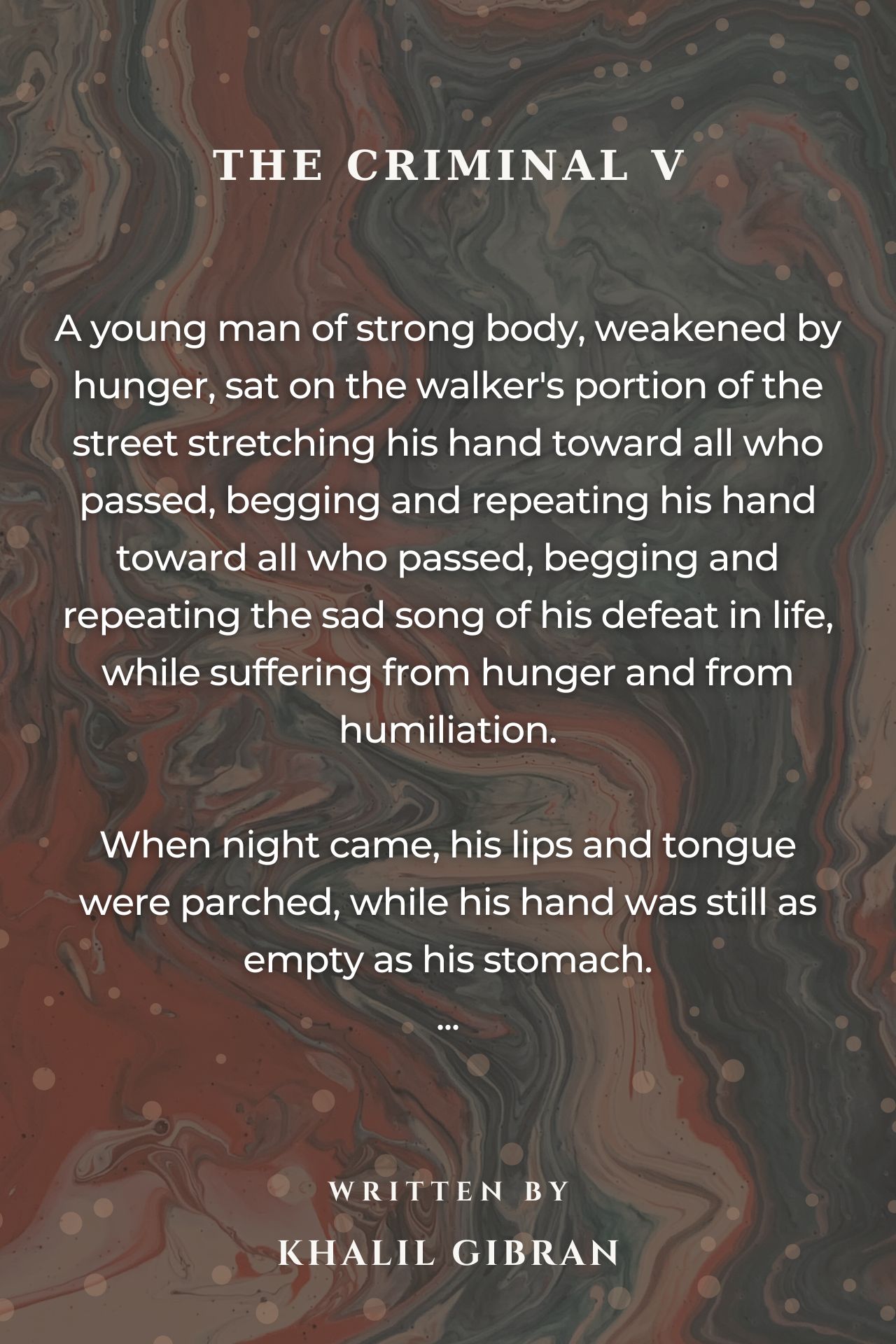 I believe that the author simply wants us to help for the sake of helping. The roots of our sufferings cannot always be fathomed. But our willingness to give those in need even a minute of our precious time is like a tiny candle that illuminates a dark, cold cave left unattended for millions of years.

Does this say that honesty is not the best policy?