The heroic stars spending themselves,
Coining their very flesh into bullets for the lost battle,
They must burn out at length like used candles;
And Mother Night will weep in her triumph, taking home her heroes.
There is the stuff for an epic poem-
This magnificent raid at the heart of darkness, this lost battle-
We don't know enough, we'll never know.
Oh happy Homer, taking the stars and the Gods for granted. 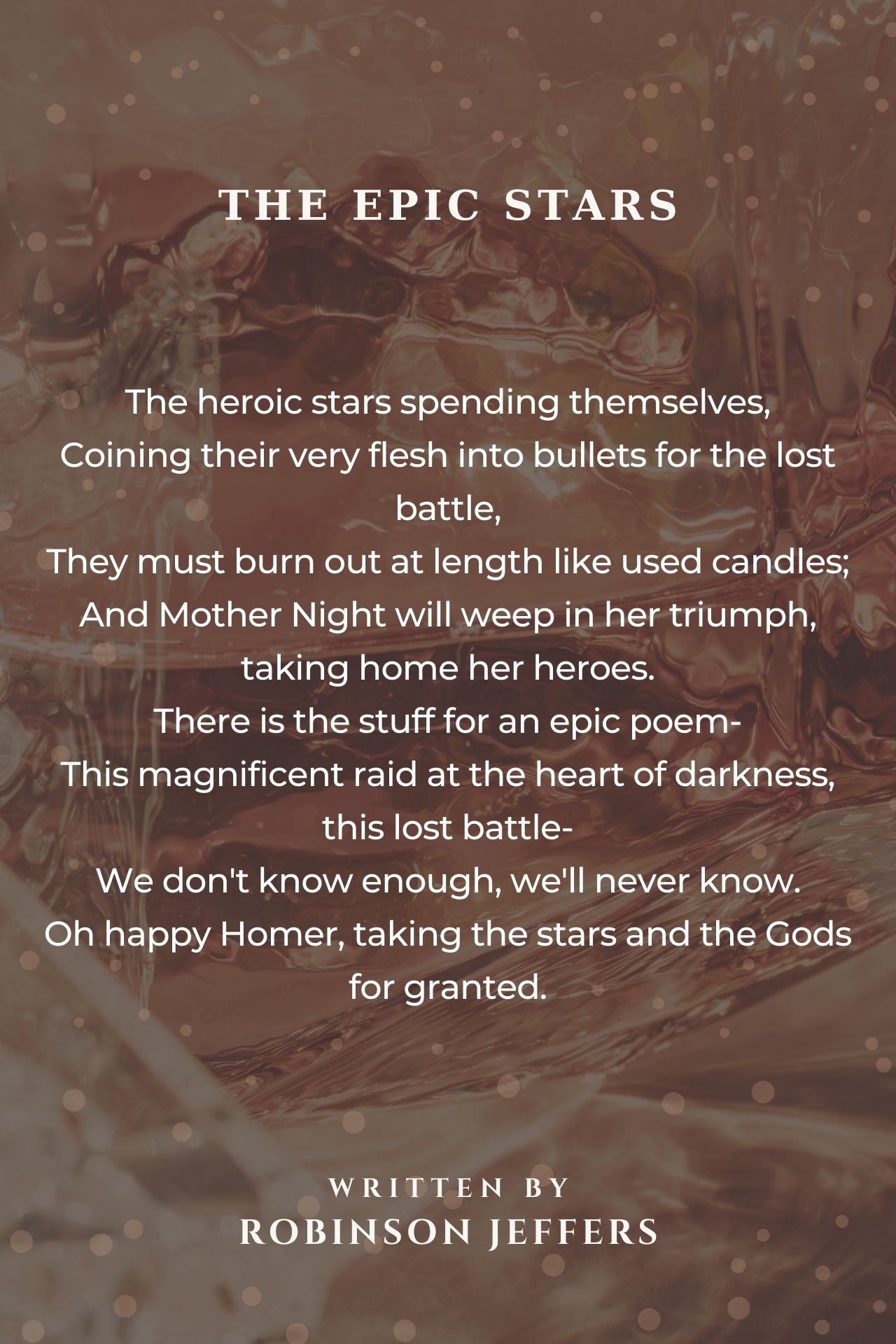 What kind of poem is it

i love it it is the most awsomest thing ever

I would like to translate this poem
Poems By Robinson Jeffers
The Epic Stars
Shine, Perishing Republic
Ave Caesar
Hurt Hawks
Ascent To The Sierras
See All Poems by Robinson Jeffers
Next Poem
108 / 141
Previous Poem