Click For The Best Poems ❱❱
Next Poem
6 / 93
Previous Poem

Each evening I would go for a walk by myself,
down to the west branch, to look at the current,
to see how high or low it might be running.
Living out there you try to guess the weather
for the next few days by watching the sunsets,
studying the clouds. Sometimes you can tell
what's to come by what the deer have eaten,
or which birds have started south. New ones
come down from the north, too. I had stepped
off the trail, to look at a line of prints,
and sensed something near, perhaps ten paces.
There was still enough light. A snowy owl,
moon-faced and pale, waited in shadow, aware
of my presence, having no reason to go.

We both waited; we both watched each other.
When the time was right, it leaned and fell
headlong from its perch, letting gravity
seize and draw in down as though a sack
of sand had been cut loose - and halfway
through the dive began to flatten out
and start to turn, forcing the earth's pull
forward, shifting all that power into
wings which, unfurled and shaken once,
twice, carried it cleanly across the glade
and out along the trees below the ridge.
Nothing else had moved or made a sound.
I walked on down till I could hear water.
The creek was up, but the night seemed cold. 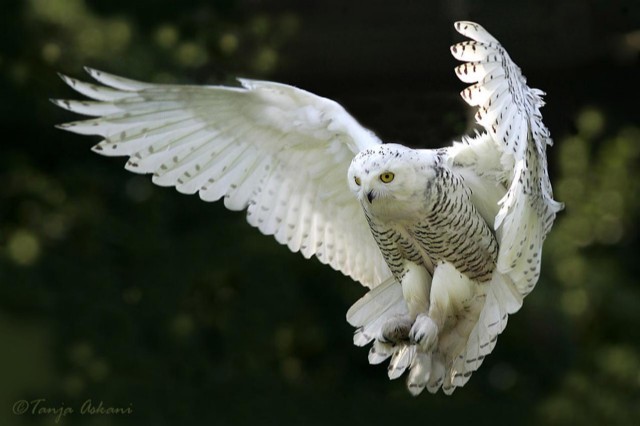 Jared Carter
Wednesday, April 12, 2017
Topic(s) of this poem: nature
poem poems
Download image of this poem.
Report this poem
READ THIS POEM IN OTHER LANGUAGES

This is so polished, it's a fully achieved epiphany which puts the owl in a human context without compromising its other-ness. Technically you achieve a breathtaking descriptive passage in the owl's descent and flight, the words are so precise, the scene so swift, it does justice to the sheer grace of an animal's movement. And that suspended moment the owl is a pitch perfect description without any intrusive moralizing on your part. You let the incident speak for itself, not in words but in action and reaction. This was a blessed moment of inter-species communication. Anything further would only muddy the pure waters of your poetic vision. WHAT A MEMORY TO CHERISH! What a poem to shelter it.