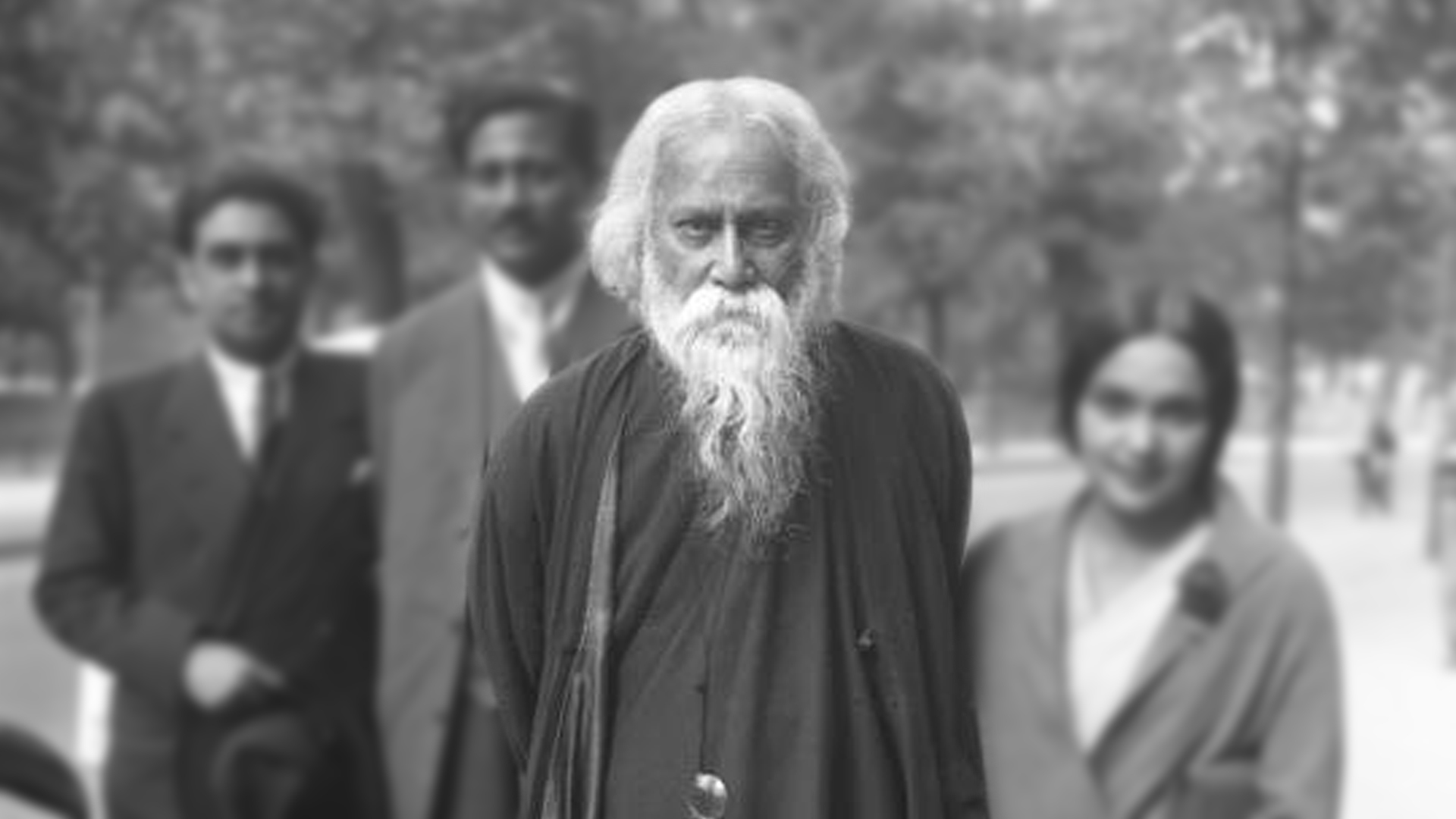 
Kasinath the new young singer fills the hall with sound:
The seven notes dance in his throat like seven tame birds.
His voice is a sharp sword slicing and thrusting everywhere,
It darts like lightening - no knowing where it will go when.
He sets deadly traps for himself, then cuts them away:
The courtiers listen in amazement, give frequent gasps of praise.
Only the old king Pratap Ray sits like wood, unmoved.
Haraj Lal is the only singer he likes, all others leave him cold.
From childhood he has spent so long listening to him sing -
Rag Kafi during holi, cloud-songs during the rains,
Songs for Durga at dawn in autumn, songs to bid her farewell -
His heart swelled when he heard them and his eyes swam with tears.
And on days when friends gathered and filled the hall
There were cowherds' songs of Krsna, in raags Bhupali and Multan.

So many nights of wedding-festivity have passed in that royal house:
Servants dressed in red, hundreds of lamps alight:
The bridegroom sitting shyly in his finery and jewels,
Young friends teasing him and whispering in his ear:
Before him, singing raag Sahana, sits Baraj Lal.
The king's heart is full of all those days and songs.
When he hears some other singer, he feels no chord inside,
No sudden magical awakening of memories of the past.
When Pratap Ray watches Kasinath he just sees his wagging head:
Tune after tune after tune, bu none with any echo in the heart.

Kasinath asks for a rest and the singing stops for a space.
Pratap Ray smilingly turns his eyes to Baraj Lal.
He puts his mouth to his ear and says, 'Dear ustad,
Give us a song as songs ought to be, this is no song at all.
It's all tricks and games, like a cat hunting a bird.
We used to hear songs in the old days, today they have no idea.'

Old Baraj Lal, white-haired, white turban on his head,
Bows to the assembled courtiers and slowly takes his seat.
He takes the tanpura in his wasted, heavily veined hand
And with lowered head and closed eyes begins raag Yaman-kalyap.
His quavering voice is swallowed by the enormous hall,
Is like a tiny bird in a storm, unable to fly for all it tries.
Pratap Ray, sitting to the left, encourages him again and again:
'Superb, bravo!' he says in his ear, 'sing out loud.'

Music that should rise on its own joy from the depths of the heart
Is crushed by heedless clamour, like a fountain under a stone.
The song and Baraj Lal's feelings go separate ways,
But he sings for all he is worth, to keep up the honour of his king.

One of the verses of the song has somehow slipped from his mind.
He quickly goes back, tries to get it right this time.
Again he forgets, it is lost, he shakes his head at the shame;
He starts the song at the beginning - again he has to stop.
His hand trembles doubly as he prays to his teachers name.
His voice quakes with distress, like a lamp guttering in a breeze.
He abandons the words of the song and tries to salvage the tune,
But suddenly his wide-mouthed singing breaks into loud cries.
The intricate melody goes to the winds, the rhythm is swept away -
Tears snap the thread of the song, cascade like pearls.
In shame he rests his head on the old tanpura in his lap -
He has failed to remember a song: he weeps as he did as a child.
With brimming eyes king Pratap Ray tenderly touches his friend:
'Come, let us go from here,' he says with kindness and love.
They leave that festive hall with its hundreds of blinding lights.
The two old friends go outside, holding each other's hands.

Baraj says with hands clasped, 'Master, our days are gone.
New men have come now, new styles and customs in the world.
The court we kept is deserted - only the two of us are left.
Don't ask anyone to listen to me now, I beg you at your feet, my lord.
The singer along does not make a song, there has to be someone who hears:
One man opens his throat to sing, the other sings in his mind.
Only when waves fall on the shore do they make a harmonious sound;
Only when breezes shake the woods do we hear a rustling in the leaves.
Only from a marriage of two forces does music arise in the world.
Where there is no love, where listeners are dumb, there never can be song.'