Her name is Chun Li and she first appeared in Street Fighter II.
Don't make this woman angry or she'll beat the hell out of you.
Many people make a comment that embarrasses her and her face turns red.
They tell her that she's supposed to wear her bra on her chest instead of her head.
Chun Li studied Martial Arts for several years and she sure does know how to fight.
And if you have any drugs, she'll steal them because she likes to get higher than a kite. 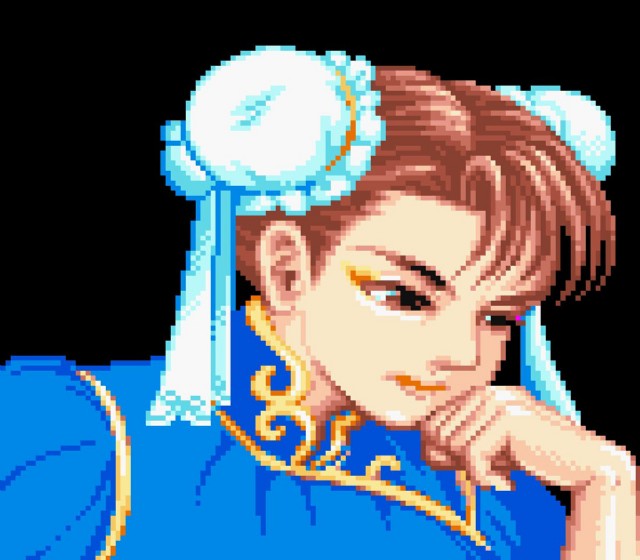