God, we love to vote
Because it matters, truly
So let the Man slit your throats
To hold the ballots of duty
Making promises they'll never keep
Letting our hope fall out so cruelly
But then they speak the right words
And we're seduced back to its beauty

And when it's time to speak
We are proficiently dogmatic

The serpent is a slogan
Read More

Erupting in a fervor
Read More 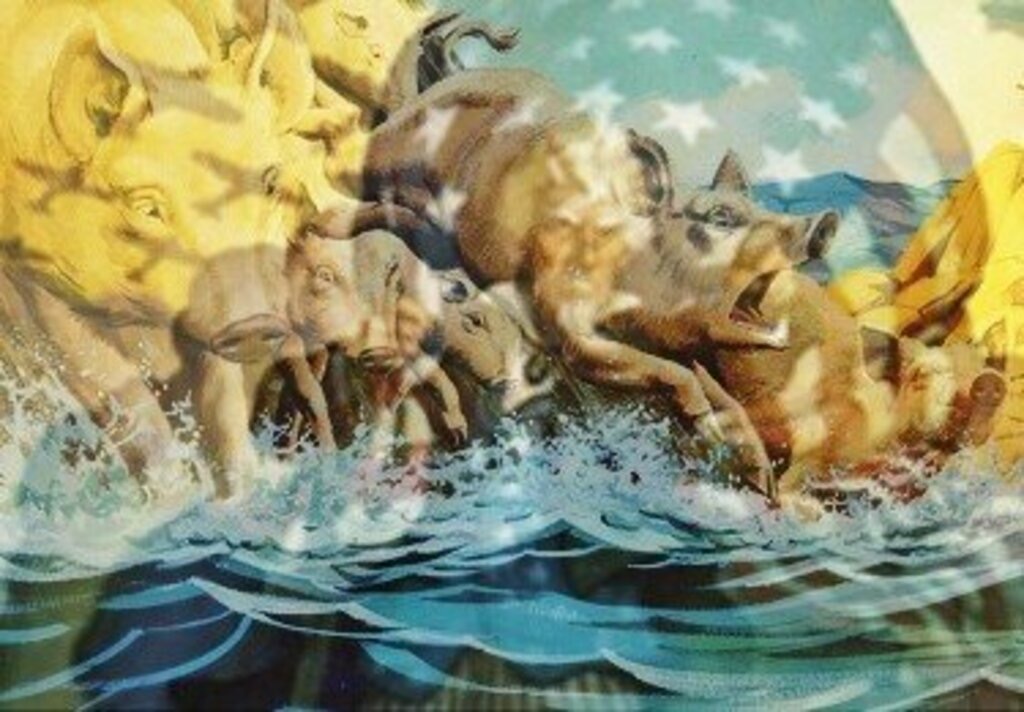 Garathe Den
Friday, July 16, 2021
Download image of this poem.
Report this poem
poem poems
POET'S NOTES ABOUT THE POEM
This poem is about the blind faith we put into the religions that we build, and the morality that we let rot away when our faith becomes more empowered then our own constitutions. Substituting our identity for the sake of patronage, for faction, for conformity and ultimately for vanity… Because we never realize, as a society, that we have lost all representation within these systems, and thus have forfeit our humanity to the corruptions of power and control. We are indoctrinated to have faith in them, programmed to view them as sovereign. But does it really mean anything, except blind obedience, a voluntary enslavement? The hope of this poem is to be a sobering smack in the face, an offense to our ability to lose who we are, in the manifestation of religious faith to nationalism, the State and institution. I want our beliefs to be compromised in a way that we can truly stand back, apart from mere faith and religious practice, to be able to question everything we do, to contemplate it all, outside of institutionalized orthodoxy. If I can write, I can think. And if I can think, I can question. But if I write without questioning, could it be nothing more then folly and fodder? So here are some questions, for those who don't know how to form their own: Does voting matter? Should you invest your effort into taking part in the practices of State? If it doesn't represent you, which I don't think anyone would truly admit that government does, in its entirety, nor at its core, should you then offer yourself to any part of it? Is the product of State really worth your sacrifice? Is there really any hope for change through the utilization of this system, despite all evidence of history?
READ THIS POEM IN OTHER LANGUAGES