The ideas invade
And trade
Some changes
But finally emerge

The approach could have been more reasonable
Why should there have been wide publicity by media people?
Who arrogantly exciting the public opinion
And inflaming surcharged atmosphere for Indian Nation 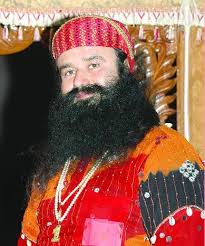 As we are already seized on many fronts The Chinese and Pakistani’s are sparing no efforts To add fuel to fire on border The situation is in grave danger Rahim: - Name taken from holy book