Forgiveness for me has changed over the years. The bible states forgive others and do not hold a grudge. Move on and work together. At first I thought this was right, or good. Over the years, I have learned by mistake and experience that the bible also forgives your brothers and sisters. That is wild. Brothers and sisters in Jesus Christ. What about those outside of the faith? That is the awkward moment when you realize Paul tells us not to be unequally lifetimes yoked in working relationships or in marriage. Christians need most forgiveness because humanity and Christianity cannot understand instructions. If I understood, I should not do business with those not following Christ. A lot of forgiveness from my personal life would never have occurred. I followed the golden rule. That people misused my pleasant nature is their evilness. My evilness is my spirit of saying they never asked for forgiveness and to forgive is just to allow them to hurt me more. I already worked for them close to several lifetime's worth of money and health and never will be repaid for their thief of property and cause of health issues.

Forgiveness is a way to let hate go is what I am quoted often repeatedly. It is not allowing you to grow and improve and move on from your current state. My current state. I lost everything already seven times in this life. I let the Christian ideology of forgive and forget and move on to be a way of life until I just can not do that anymore. I have lost my right to work. My attitude is to say bad is awkward. I am noted for my kindness, or was. I lose my business. I can not afford to help people live for free in apartments that cost me. I have lost my health. I lose my left eye and left foot to me. I think what gets me the most is my loss of forgiveness for those folks. If David in the bible can ask for people never to be forgiven; because of the way they treated him. Why exactly am I asking to have those that destroyed me?

So the pastor says God can forgive my sins. Delicate circle of life. To forgive is to be forgiven. I suppose it makes sense. Should I not be able to move on?

Retribution to balance out life justices and injustices? I thought there was a balance in life.

Retribution is something I am watching these days. People do not remember who or what they did to me. Watching justice come to state governments is awkward. Seeing people's life's savings destroyed even more awkwardness. Is this justice? An eye for an eye? I suppose yes. However, how does this repay me for my time, effort, money spent?

Justice I thought was being repaid for that which was stolen or lost. Example Job the father of gentiles similar Abraham is father of the Jews and Arabs. Once evil crushed Job, God renewed him, and he grew.

I am renewed in sight. Let me be honest, I was blind much of 2015 and 2016. So I am being renewed. I suppose I am told I am going blind again. So am I seeing justice once more?

Forgiveness does not mean you should not expect to see retribution on those that hurt you is something I agree with. What I should suggest is that you do not be yoked to people that do not believe the same way you do. This will lessen the amount of forgiveness needed.

Retribution and justice are outside my scope. For what I believe is justice and what I see happening is beyond what I would expect. In fact, I believe these days that my reality has changed, and that there is a God of Justice of which is more real today than yesterday.

Forgiveness and retribution go hand in hand with God's plan of justice in reality.

Reality: I expected justice in this lifetime.

eternity watching justice be enforced out over time is not what I expected.

time, all I can say is one needs to be good for time pays back all souls.

Reality is such that they pay all justice and injustice back in full in time.

I would have argued against that statement about time.

until time took my soul.

time now has something else in mind.

I am watching the end of time.

I need to pray for the end of time. 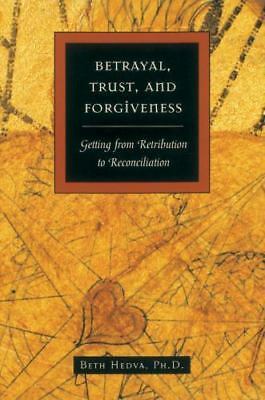