Click For The Best Poems ❱❱
Next Poem
38 / 93
Previous Poem

In The North Pasture

After we called the sheriff, they came
and hauled it away. But there was
one interviewer who stayed behind,
to ask if we'd seen any strange lights
in the sky at night, or burnt places
in the pasture, or flocks of hippies
traveling through in their painted vans.

Nothing, we told him. Only that pair
of buzzards floating over the north fork
but never landing. No signs, no tracks.
Only the shaggy lump of the steer,
with its tongue gone, ears cut off,
and eyes-cored out clean, like apples.
Nothing, no blood on the ground,
and no flies crawling anywhere.

'Natural predator, ' he said, closing
his book. 'That's how we'll write it up.
Now, I know what you're thinking:
no bear, no mountain lion, no coyotes
in these parts for a hundred years.
And none of them make cuts like that
or leave that much good meat behind.
But something's coming back. Natural
predator, ' he said again. He tipped
his hat. 'You folks take care now.' 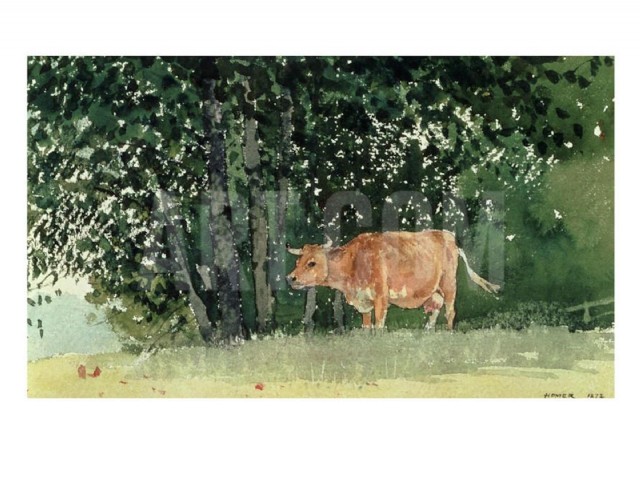 Jared Carter
Sunday, April 23, 2017
Topic(s) of this poem: countryside,environment,legends,rural
poem poems natural law Natural Disasters
Download image of this poem.
Report this poem
POET'S NOTES ABOUT THE POEM
The need for self-reliance in rural areas is constant and inescapable. People who live on farms and out on the prairies and in the mountains must confront the wondrous and the inexplicable on their own terms. There is little mediation. Strange births, hail storms, tornadoes, rainbows, shooting stars, meteors lighting up the land, the Northern Lights, the vastness of the Milky Way spread across the night sky - all are part of being out on the land, in touch with the weather and the changing of the seasons. Such witnessing contributes to a sense of being alive and being a part of it all.
READ THIS POEM IN OTHER LANGUAGES