Known for the miracles you did with your pen,
You are my favourite author, Jane Austen.
In all your novels, you have used humour and irony,
To comment on the state of your society.
The female protagonists of your novels aren’t dumb and doleful,
They were sensitive, sensible and powerful.
Human relationships have been discussed in detail in your novels,
‘Pride and Prejudice’ is one of your greatest marvels.
A comedy of manners is ‘Sense and Sensibility’,
While a parody of gothic novels, is Northanger Abbey.
‘Persuasion’ and ‘Emma’, present social realities stark,
While, a pygmalion morality epic is Mansfied Park.

People say you weren’t realistic
That you only dealt with themes that were rustic.
The most common complaint of your critics
Is that you didn’t discuss contemporary issues, war and politics.
How many normal human beings discuss these issues?
Most of us discuss emotions, values and virtues.
Showcasing the reality of society isn’t real enough for your critics,
Forgive them! These crude creatures know little about literature, art and aesthetics. 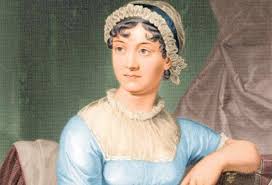 Supriya Prathapan
Friday, July 3, 2015
Topic(s) of this poem: author,eulogy,respect
poem poems epic irony prejudice Humour
Download image of this poem.
Report this poem
Poems By Supriya Prathapan
Mahatma Gandhi
My College Days
School Is Fun
Love (Romantic)
Beauty And Brains
See All Poems by Supriya Prathapan
POET'S NOTES ABOUT THE POEM
A panegyric is a formal public speech, or (in later use) written verse, delivered in high praise of a person or thing, a generally highly studied and discriminating eulogy, not expected to be critical.
Ref: https: //en.wikipedia.org/wiki/Jane_Austen
COMMENTS OF THE POEM
See All Comments
Next Poem
18 / 46
Previous Poem