That hot summer day will be so unforgettable
though the years will turn around the windmill of time
and enable those forest trees to re-grow again….
The winter had ended, the sunshine was alluring
making their week-end so full of plans though routine
some with ideas of rest and relaxation in their own homes,
some with programs of going for outdoor picnics and parties,
those with children gearing their fishing rods and cycles
those young at heart with lovers in their proximity
waiting to enjoy the sun, the sea, their love for swimming.
How much graciously they must have spent their time on earth.
they must have never expected to lose it
to a forest fire so aflame;
they must have never known what death felt like
until it came and engulfed them at their own feet;
those eyes must have never felt such disbelief
as the torrid fire confronted them with their final fate
leaving them charred, in their own cars and lanes;
how can death offer such painful challenges
by scorching them, scalding them so abruptly?
how could they be left there unable to escape the wrath
which congested them, failing their respiration,
depriving them of every opportunity to save themselves?
how could fate be so indiscreet
and permit a forest fire to incinerate them
without any capital punishment or court's decree;
Will anyone ever be able to explain the dread
they must have undergone as they breathed their last?
Was fate not so unkind in making their end so painful
where from human flesh into ashes they turned
in a matter of seconds, so unrecognizable, ?
Where was gentleness, forbearance lost in those hours
when those harmless forest trees became their foes for survival?
When will those mothers who weep, get to hug and kiss
their departed children ever again,
When will those fathers who grieve, get to embrace
their departed sons and daughters ever again?
O Divinity, where was Thou hiding Thy Mercy? 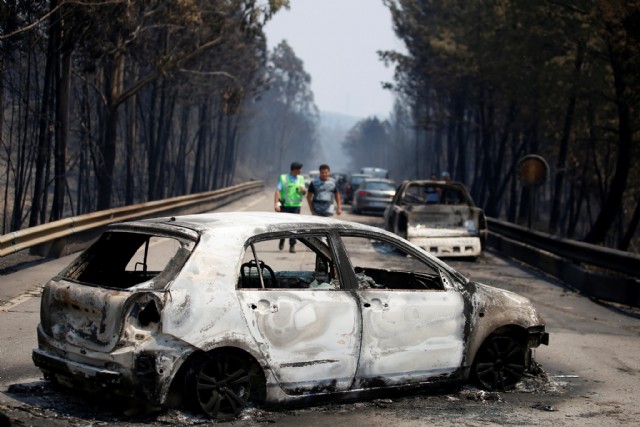 Topic(s) of this poem: sympathy

Words cannot express the depth of shock to hear and know of such a catastrophe. Condolences to the people who lost their family members.
There is no comment submitted by members..
User Rating:
5/ 5( 1 votes )0