A long, long time ago,
from across the vastness of our galaxy,
a bright silvery spaceship landed on earth.
Space travellers coming from another world.
They came not to conquer.
They did not want to conquer,
but to impart sacred knowledge
to a group of rock dwellers.
Bewildered by their magnificence,
the space travellers were seen as Gods -
were treated like Gods -
even worshipped like Gods -
but they were not Gods -
they were space missionaries.
Great scholars of celestial understanding
come to unveil secrets of the universe
to a gathered few.
After the New moon's 15th appearance
the space travellers ascended to the stars never to return.
The rock dwellers looked and saw the world through different eyes.
Knowing they had changed,
knowing things would change.
They felt connected to the power of earth
its energy being drawn through their bodies.
Enlightened, they stood motionless.
Every second turned to a minute. Every minute turned to an hour.
Waiting for the first glimpse of the morning sun to cast shadow
to awaken all senses.
Grand Wizards of earth, newborn.
Visionary seers,
whose almanac is written by the light of stars,
that only they can read.
I wish I was a wizard. 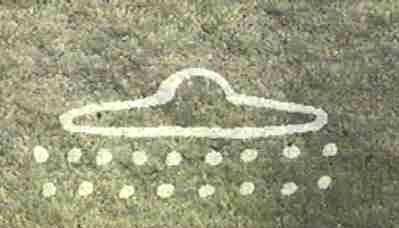