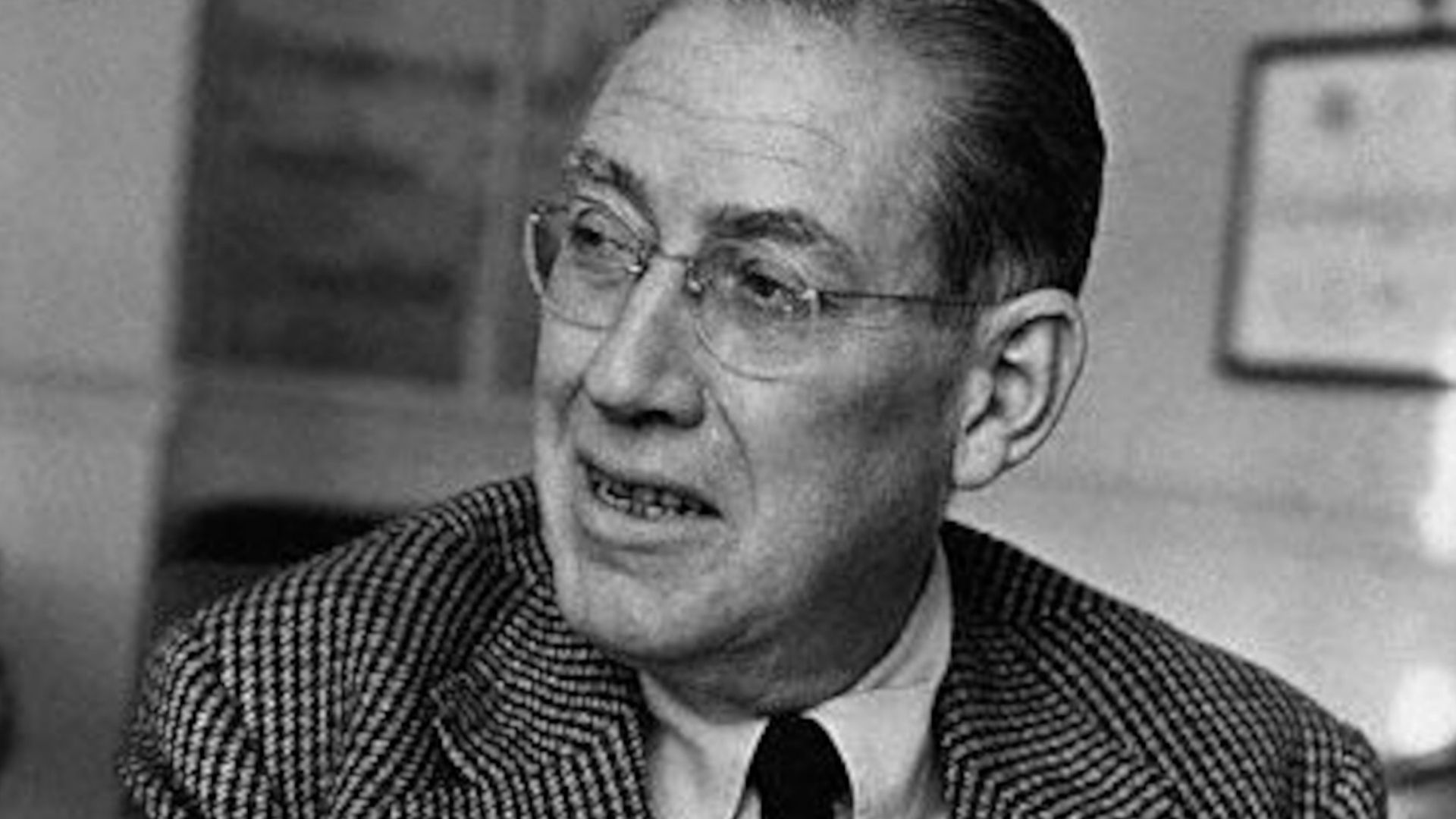 
People who have what they want are very fond of telling people who haven't what they want that they really don't want it,
And I wish I could afford to gather all such people into a gloomy castle on the Danube and hire half a dozen capable Draculas to haunt it.
I dont' mind their having a lot of money, and I don't care how they employ it,
But I do think that they damn well ought to admit they enjoy it.
But no, they insist on being stealthy
About the pleasures of being wealthy,
And the possession of a handsome annuity
Makes them think that to say how hard it is to make both ends meet is their bounden duity.
You cannot conceive of an occasion
Which will find them without some suitable evasion.
Yes indeed, with argumetsn they are very fecund;
Their first point is that money isn't everything, and that they have no money anyhow is their second.
Some people's money is merited,
And other people's is inherited,
But wherever it comes from,
They talk about it as if it were something you got pink gums from.
Perhaps indeed the possession of wealth is constantly distressing,
But I should be quite willing to assume every curse of wealth if I could at the same time assume every blessing.
The only incurable troubles of the rich are the troubles that money can't cure,
Which is a kind of trouble that is even more troublesome if you are poor.
Certainly there are lots of things in life that money won't buy, but it's very funny -
Have you ever tried to buy them without money? 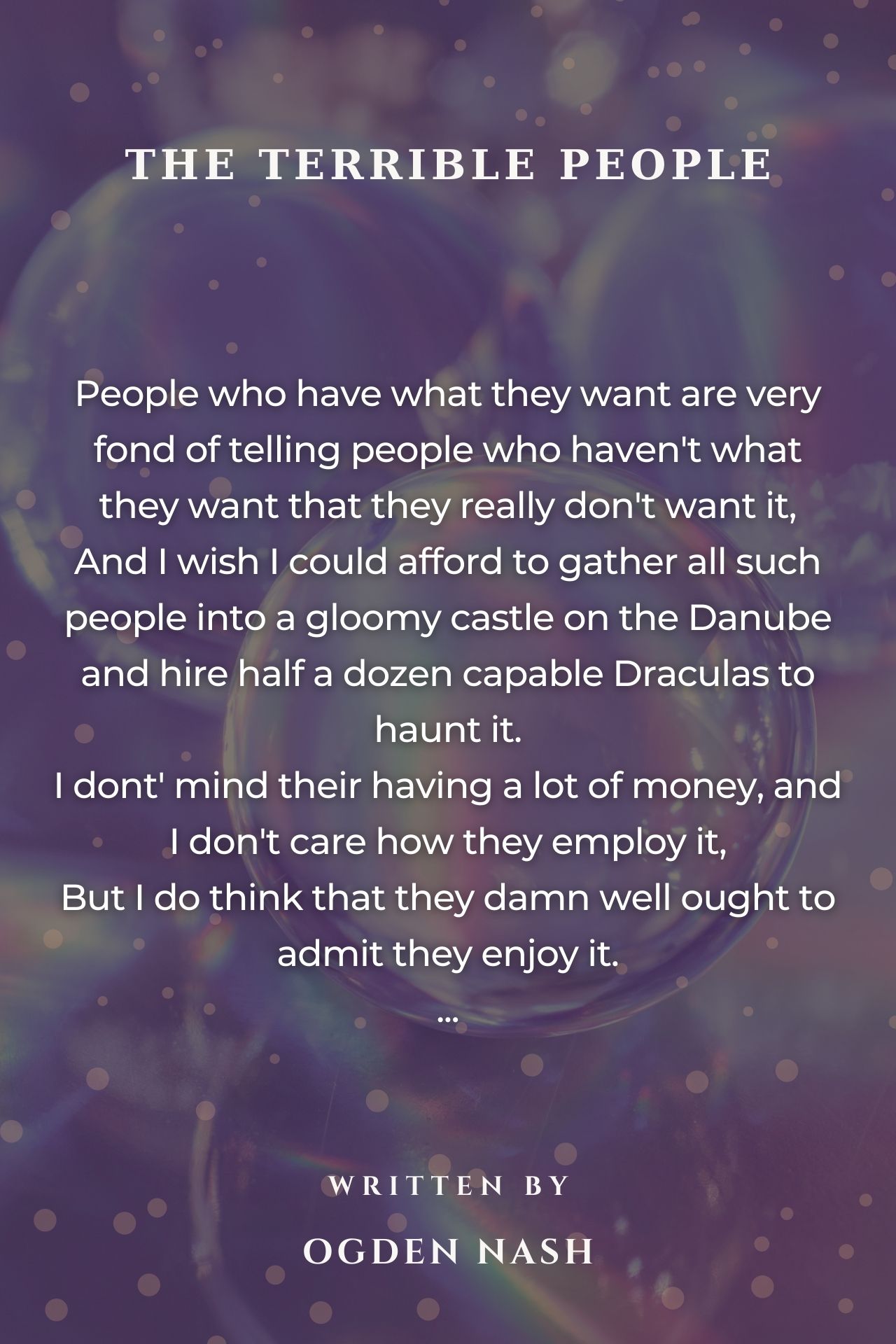 Ogden Nash
Monday, January 13, 2003
poem poems money people funny
Download image of this poem.
Report this poem
COMMENTS OF THE POEM
See All Comments
READ THIS POEM IN OTHER LANGUAGES