A man had three loving wives
Sophia, Lily and Emily.
They never listened to their man
But claimed to love him deeply.

One day he was dead tired
And thought of resting for a while.
He asked Sophia to bring a pillow
After giving her a sweet smile.

She was busy with her smartphone
And did not utter a single word.
The man turned to Lily and Emily
Who he thought were better-mannered.

Lily said frankly she did not know
Where the pillow could be found.
Emily said sweetly, ' wait , my honey,
I will look for it around. '

He kept asking for the pillow
Till he forgot and slept quietly
They never listened to their man
But claimed to love him deeply. 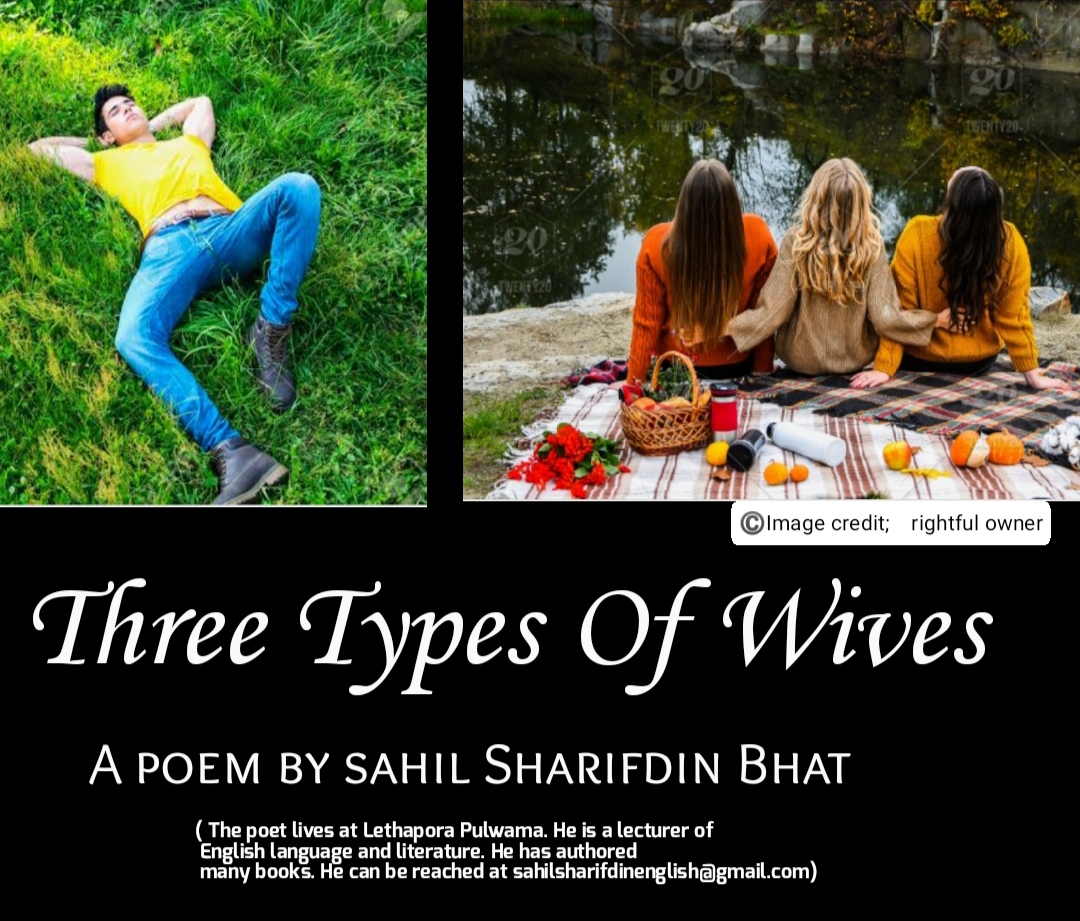 Sahil Sharifdin Bhat
Sunday, May 22, 2022
poem poems
Download image of this poem.
Report this poem
POET'S NOTES ABOUT THE POEM
Love is judged by actions not by hollow words. Many people may claim to love you but only a handful of them love you truly.
COMMENTS OF THE POEM
See All Comments
READ THIS POEM IN OTHER LANGUAGES