Time To Bring This Reality To A Quick And Brutal Ending! Poem by Michael Walkerjohn

Time To Bring This Reality To A Quick And Brutal Ending!

Da-circling-Jerk
Infected … Inhalation
or spray … Susceptible
Infected … Expiration
Evaporation … Susceptible
Inhalation … Nose, Mouth, Touch …
Infected … Deposition … Susceptible
Resuspension … Nose, Mouth, Touch …
Infected … Susceptible … Infected
Susceptible … Infected … Susceptible
Just what the heck are humans supposed
to do? Stop breathing and talking? Somewhat
of ‘the impossibility! Thai is akin to asking of
each human on the planet to stop pissing
and shyting! And to ask of each human
on this planet to stop eating? Phuuck!
"What are biohazard suits called"?
"A hazmat suit (hazardous materials suit)
is a piece of personal protective equipment
that consists of an impermeable whole-body
garment worn as protection against
hazardous materials."
"What is a Level A Hazmat suit"?
"Level A suits are worn with a self-contained
breathing apparatus (SCBA)or supplied air systems
to provide ultimate respiratory protection. Level A suits
are designed to protect wearers from eye or skin damage
from hazardous vapors, gases, particulates, and sudden splash."
"How much does a Level A Hazmat suit cost"?
"The cost of a full protective suit, according to OCHA
is US$61.48; the cost of proper training and observation
by gowning experts would add more. Nov 3,2014"
"Does Walmart sell hazmat suits"?
"Saint-Gobain ONESuit PRO 2 LEVEL A Suit"
"German Military Surplus Complete NBC Suit, New"
‘ANSELL Encapsulated Suit, Level A, Rear Entry,2XL"
‘Soviet Chemical Overcoat OZK Russian Biohazard UGC suit OP-1
protection"
"LAKELAND INTERCEPTOR 80650W LEVEL A REAR ENTRY SUIT. LARGE.
Pre-Owned"
‘US Military Nuclear, Biological, Chemical (MOPP)Suit, LARGE
Top/bottom JSLIST"
I trust, that each of you morons are getting the proper ideas about
what it is that is large and in charge out there in Covid 19 lands …?
And guess the phuuck what else is charming about this particular beta
test? Shyte gets more humourous and more deep and more
deadly every minute!
"The Coronavirus Was an Emergency Until Trump Found Out Who Was Dying"
"The pandemic has exposed the bitter terms of our racial contract
which deems certain lives of greater value than others."
"The terms of the Racial Contract, "
"mean that nonwhite subpersonhood is enshrined simultaneously with
white personhood."
"The racial contract is not partisan—it guides staunch conservatives
and sensitive liberals alike but it works most effectively when it
remains imperceptible to its beneficiaries. As long as
it is invisible, members of society can proceed as though the
provisions of the social contract apply equally to everyone.
But when an injustice pushes the racial contract into the open
it forces people to choose whether to embrace, contest, or
deny its existence."
"The implied terms of the racial contract are visible everywhere
for those willing to see them. A 12-year-old with a toy gun is a
dangerous threat who must be met with lethal force; armed militias
drawing beads on federal agents are heroes of liberty. Struggling
white farmers in Iowa taking billions in federal assistance are
hardworking Americans down on their luck; struggling single parents
in cities using food stamps are welfare queens. Black Americans
struggling in the cocaine epidemic are a "bio-underclass" created
by a pathological culture; white Americans struggling with opioid
addiction are a national tragedy. Poor European immigrants who
flocked to an America with virtually no immigration restrictions
came "the right way; " poor Central American immigrants evading a
baroque and unforgiving system are gang members and terrorists."

‘The coronavirus epidemic has rendered the racial contract
visible in multiple ways. Once the disproportionate impact of
the epidemic was revealed to the American political and
financial elite, many began to regard the rising death
toll less as a national emergency than as an inconvenience.
Temporary measures meant to prevent the spread of the disease
by restricting movement, mandating the wearing of masks, or barring
large social gatherings have become the foulest tyranny. The lives
of workers at the front lines of the pandemic—such as meat packers
transportation workers, and grocery clerks—have been deemed
so worthless that legislators want to immunize their employers
from liability even as they force them to work under unsafe
conditions. In East New York, police assault black residents
for violating social-distancing rules; in Lower Manhattan
they dole out masks and smiles to white pedestrians."
"But, and meanwhile the pandemic has introduced a new clause
to the racial contract. The lives of disproportionately black
and brown workers are being sacrificed to fuel the engine of a
faltering economy, by a president who disdains them. This is
the COVID contract."

‘That more and more Americans were dying was less important
than who was dying."

‘Public-health restrictions designed to contain the outbreak
were deemed absurd. They seemed, in Carlson's words, "mindless
and authoritarian, " a "weird kind of arbitrary fascism." To
restrict the freedom of white Americans just because nonwhite
Americans are dying, is an egregious violation of the racial
contract. The wealthy luminaries of conservative media
have sought to couch their opposition to restrictions as
advocacy on behalf of workers, but polling shows that those
most vulnerable to both the disease and economic catastrophe
want the outbreak contained before they return to work." 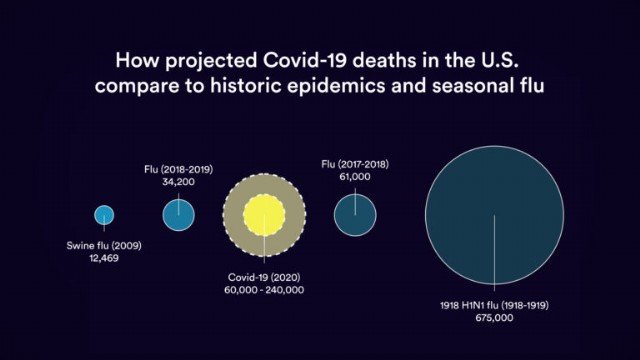 Michael Walkerjohn
Saturday, May 16, 2020
Topic(s) of this poem: purgatory
poem poems nonwhite Planet Political Heroes Immigration Cities Addiction culture Farmers
Download image of this poem.
Report this poem
POET'S NOTES ABOUT THE POEM
Hey... If you cannot follow this or handle the implications of the facts presented within this... Go Phuuck yourselves...
COMMENTS OF THE POEM
See All Comments
READ THIS POEM IN OTHER LANGUAGES