HOW COULD IT BE? that I had been left unraptured? but then again! the basis of my theology was based on nothing but lies I was one of those 'lukewarm christians' living in disguise playing church on sunday, but living like the devil monday to friday but hey, hey, HEY! before you judge me, you should know that I kept the sabbath! AND SHOULDN'T THAT COUNT FOR SOMETHING? Like many of my peers I was drinking all sorts of beers simply because I could pick and pay for them! mixing and matching them like a chemist even the ones with no name! I was looking for the next greatest high but, I couldn't see the face of The Most High! He said: we are called to be the temple of God but I was too busy buying castle lagars for the world! often times too stoned to realize that the stone that the builder rejects turns out to be the most important one of them all! I was so sure of my salvation that I ignorantly misquoted the scripture; 'upon this Martin on the rocks i shall build my church and the gates of hell will not prevail against it! Its pathetic how I thought i'd have all the time in the world to repent! Because every other sunday our pastor would remind us of the nearness of the Bridegroom's return! and ask us to repent it became like a routine to me that I began to doubt whether Christ was ever coming back! Often times I would sit in church almost dozing listening to the pastor preach he'd read a portion of scripture which stated; 'one day the grave shall be rolled over, and the dead in Christ shall rise first, and then we who are alive, shall be caught up in the air to meet the Lord' It sounded so unrealistic that I hissed it away like the serpent as I began to question the bible! and I eventually left the church because I couldn't handle all the talk about a saviour who might or might never come back! Two years and three months later while having lunch with a friend he just mysteriously vanished, dissappeared right in front of me he seemed to have been vapopurized or something but, his clothes and accessories were left lyinging on his seat he left me second guessing what on earth could have happened to him? I tried in vain to look for him, but i never found him! two minutes later, I recieved a call from a friend and he asked me if I had seen the report on CNN 'apparently thousands worldwide were reported missing in unexplained circumstances! ' police and scientists were still investigating whether this was indeed a mass alien abduction! Violence soon broke out in the streets and nutorious gangs rose to power most goverments had been toppled because the police force had been weakened by the incident there were also open riots in the streets of angry mobs who wanted to know what happened to their relatives The UN called this a yet another global emergency that was to be treated with the uttermost urgency and the international community was to convene for a meeting with the remaining heads of states to forge a way forward for the world From the meeting it was decided that a new identification system was to be established and made mandatory everyone was to recieve a number in their right hand which was to identify them no one was allowed to buy or sell without it let alone recieve any humanitarian aid! Totalitarian governments were set up in most nations and dictators soon rose to power in attempt to enforce the new identification system and ensure the distribution of national resources it was later stated that all those who didn't receive the new identification system were to be killed! Its funny how you quickly realize that a key to a mans heart is through his stomach when food starts to be rationed and controlled by the state and you haven't eaten in three days In attempt to go out in search of a meal i was stopped and arrested by some law enforcers who asked me why i was not have the new id just as i was about to be arrested and taken in to a nearby slaughter house, I woke up in in the church only to find the preacher concluding his sermon saying: 'one day a pastor will utter his very last call to the alter and he would ask people to repent before it was too late! So if the Lord has convicted you come forth and receive salvation' terrified by what I had seen in my dream I quickly rushed to the alter and asked God to forgive me! 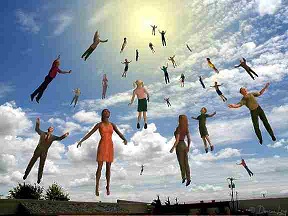 Topic(s) of this poem: love

5,0 out of 5
1 total ratings
rate this poem
END_OF_DOCUMENT_TOKEN_TO_BE_REPLACED