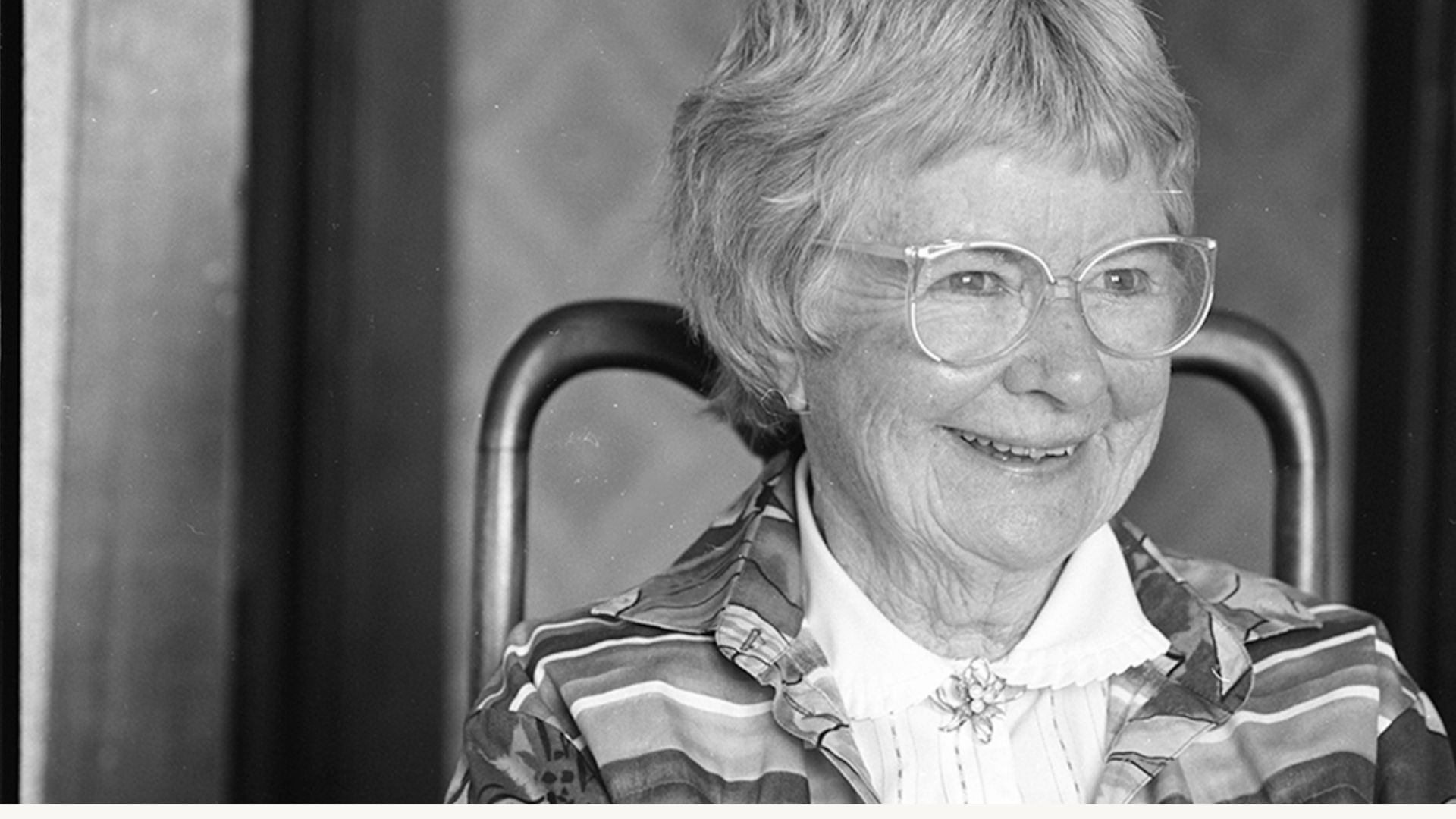 She sits in the park. Her clothes are out of date.
Two children whine and bicker, tug her skirt.
A third draws aimless patterns in the dirt
Someone she loved once passed by – too late
...

So the light falls, and so it fell
on branched leaved with flocking birds.
Loght stole a citys weight to swell
the coloured lofe of stone. Your words
...

The tenth day, and they give
my mirror back. Who knows
how to drink pain, and live?
I look, and the glass shows
...

In the space between love and sleep
when heart mourns in its prison
eyes against shoulder keep
their blood-black curtains tight.
...

A child one summer's evening soaked
a glass jar in the reeling sun
hoping to keep, when day was done
and all the sun's disciples cloaked
...

So hungry-sensitive that he
craves day and night the pap of praise,
he'll ease his gripes or fingerpaint
in heartsblood on a public page.
...

Read Poem
10.
'Thought Is Surrounded By A Halo'

Show me the order of the world,
the hard-edge light of this-is-so
prior to all experience
and common to both world and thought,
...

Once more he tried, before he slept,
to rule his ranks of words. They broke
from his planned choir, lolled, slouched and kept
their tone, their pitch, their meaning crude;
...

Gwen Harwood AO, née Gwendoline Nessie Foster, was an Australian poet and librettist. Gwen Harwood is regarded as one of Australia's finest poets, publishing over 420 works, including 386 poems and 13 librettos. She won numerous poetry awards and prizes. Her work is commonly studied in schools and university courses. Gwen Harwood is the mother of the author John Harwood. Life She was born in Taringa, Queensland and brought up in Brisbane. She attended Brisbane Girls Grammar School and was an organist at All Saints Church when she was young. She completed a music teacher's diploma, and also worked as a typist at the War Damage Commission from 1942. Early in her life, she developed an interest in literature, philosophy and music. She moved to Tasmania after her marriage to linguist William Harwood in September 1945. Here she developed her lifelong interest in the work of philosopher Ludwig Wittgenstein "which informs her entire opus". Her father played piano, violin, guitar and the flute. Both Gwen and her brother were given piano lessons, and originally Gwen wanted to be a musician. Gwen's grandmother introduced her to poetry; this inspired her and became her life long calling and passion. Literary Career Gwen Harwood had written poetry for many years, and her first poem was published in Meanjin in 1944, but her work did not start appearing regularly in journals and books until the 1960s. Her first book of poems, titled Poems, was published in 1963, followed in 1968 by Poems Volume II. Other books include The Lion's Bride (1981), Bone Scan (1988), and The Present Tense (1995). There are also several versions of a Selected Poems, including one from Penguin in 2001. Harwood used a range of pseudonyms in her early work, such as Walter Lehmann, W.W. Hagendoor (an anagram of her name), Francis Geyer, Timothy (TF) Kline, Miriam Stone, and Alan Carvosso. She also wrote libretti for composers such as Larry Sitsky, James Penberthy, Don Kay and Ian Cugley. She corresponded over the years with several poet friends, including Vincent Buckley, A. D. Hope, Vivian Smith, and Norman Talbot, and served as President of the Tasmanian Branch of the Fellowship of Australian Writers. Her poetry has been used by many students who are completing the Higher School Certificate (HSC) in New South Wales, Australia, and by Victorian Certificate of Education (VCE) students in Victoria, Australia. Literary Themes and Style Harwood's poetry has recurring themes of motherhood and the stifled role of women, particularly those of young mothers. Her poem "In the Park" established a certain feminist reputation but others of her poems treat motherhood in a more complex and nuanced way. Music is another recurring motif. The Tasmanian landscape, and Aboriginal dispossession of that landscape, form another theme in much of her writing. She also wrote series of poems with recurring characters, two of the most notorious being Professor Eisenbart and Kröte. Many of her poems also include biblical references and religious allusions. The style and technique of Harwood's poetry has led to several of her works being employed by the New South Wales Board of Studies as prescribed texts for the High School Certificate. Primary focus in the English course is placed on the analysis of the themes expressed in Harwood's poetry, and how such themes are relevant in modern society. Her work is also used as a text for the Victorian Certificate of Education and West Australian Certificate of Education Literature Courses in the poetry section for its literary value and complex themes. Awards 1942: The Pancake Manor 1958: Meanjin Poetry Prize 1959: Meanjin Poetry Prize 1975: Grace Leven Prize for Poetry 1977: Robert Frost Medallion (now known as Christopher Brennan Award) 1978: Patrick White Award 1980: The Age Book of the Year Award Book of the Year and Non-fiction Award for Blessed City 1988: University of Tasmania Honorary D.Litt 1989: Officer of the Order of Australia (AO) 1989: Victorian Premier's Literary Award for Bone Scan 1990: J.J. Bray Award 1994: University of Queensland Honorary doctorate 1994: Latrobe University Honorary doctorate)

The Best Poem Of Gwen Harwood

She sits in the park. Her clothes are out of date.
Two children whine and bicker, tug her skirt.
A third draws aimless patterns in the dirt
Someone she loved once passed by – too late

to feign indifference to that casual nod.
“How nice” et cetera. “Time holds great surprises.”
From his neat head unquestionably rises
a small balloon…”but for the grace of God…”

They stand a while in flickering light, rehearsing
the children’s names and birthdays. “It’s so sweet
to hear their chatter, watch them grow and thrive, ”
she says to his departing smile. Then, nursing
the youngest child, sits staring at her feet.
To the wind she says, “They have eaten me alive.”

she should have been prime minister, NOT, haha women are not good politicians

Thats not very nice thats like me saying boys are NOT good at politicians: I

Likely something went wrong when Gwen Harwood was born. She ranks at the top among humans with remarkably low intelligence. Her writing is revolting as her poety is nothing but the ramblings of a crazy senile individual.

No Experience Needed, No Boss Over il Your FD Shoulder… Say Goodbye To Your Old Job! Limited Number Of Spots Open it ……. fuljobz.com