A Poem On Canadian Seasons Poem by Gayathri Seetharam

A Poem On Canadian Seasons

A poem on Canadian seasons
-Gayathri B. Seetharam
I like the sound of Four Seasons Hotel
For if there are four seasons in Canada
There are 3 reasons for staying there,
Location, Location, Location [Ackowledgements to I.V. Nagendra]
As they are for Royal York Hotel
And this brings vintage York for Toronto was called City of York prior to Canada Day 1 [Acknowledgements to Canada Day celebration in High Park]
To present day life in Toronto
If the sun shines, then the grey clouds do fine
During all the 4 seasons in Toronto
And it would be treason to wish for less of a winter
For there is joy to snow when it is not bitterly cold
And east coast philosophy dictates
That there is strengthening of character with shovelling snow and raking leaves and gardening
Which all comes in a package deal with the four seasons in Toronto
But the joy of living in Toronto also comes with the beautiful parks
And the lovely trees and we worry about the spring reducing in beauty
Because of the climate change issue
And we Torontonians are glad that PM Justin Trudeau is at the forefront of combatting it
Now, if only he were to consider my scientific suggestions from an engineering angle
He would be the figurehead for the problem in a more emphatic fashion
But men who are feminists also
Do not always take kindly to beautiful and sensuous women
Who seem to know a little too much
For successful men generally like fuzzy brained female logic
Although with him, there is proof to the contrary
And I wonder if I hope in vain for funding for my projects, etc
But just as scientific a theory is the Theory of Evolution
And equally scientific is the existence of God
For all civilizations through the centuries have worshipped God,
Is the contradistinction that is man (from Oxford English Dictionary)
But in the same breath, I say, so is hope, an ever shining hope. 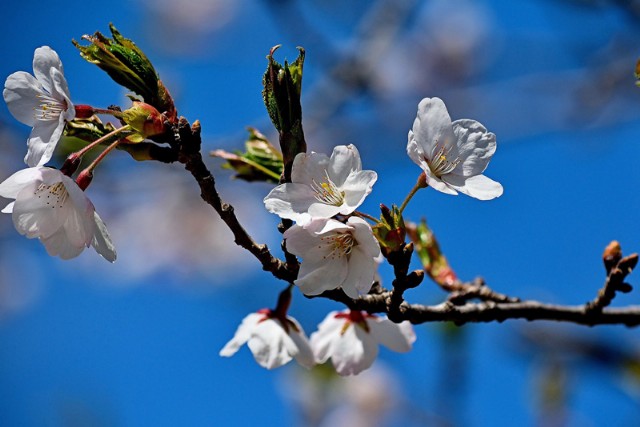 Gayathri Seetharam
Wednesday, May 2, 2018
Topic(s) of this poem: season,seasons
poem poems Seasons Celebration Philosophy Gardening english
Download image of this poem.
Report this poem
COMMENTS OF THE POEM
See All Comments
READ THIS POEM IN OTHER LANGUAGES

I would like to translate this poem
Poems By Gayathri B. Seetharam
The Successful Ovarian Egg
A Poem In Sanskrit Poetry Format
Hope For An Even Better Tomorrow
My Favourite Things
Of Misters Who Are Prime Ministers And Mistresses Of The House Who Make The Internet Press
See All Poems by Gayathri B. Seetharam
Next Poem
50 / 359
Previous Poem