A Whip Out Of Cords To Drive Them From Temple

Jesus made quite a scene.
He directly engaged
those who were turning
the Temple into
a marketplace.

Those selling animals
for sacrifice were
doing so as a way
of trying to make
a profit off of the
sacred practices
of the Jewish faith.

He made a whip out of cords and drove them all out of the temple area, with the sheep and oxen, and spilled the coins of the money-changers and overturned their tables, and to those who sold doves he said, 'Take these out of here, and stop making my Father's house a marketplace.' (John 2: 15-16
of the New testament in the Holy Bible) .
(Graphic: Christ Driving the Money Changers from the Temple (El Greco, Washington) Pinterest) . 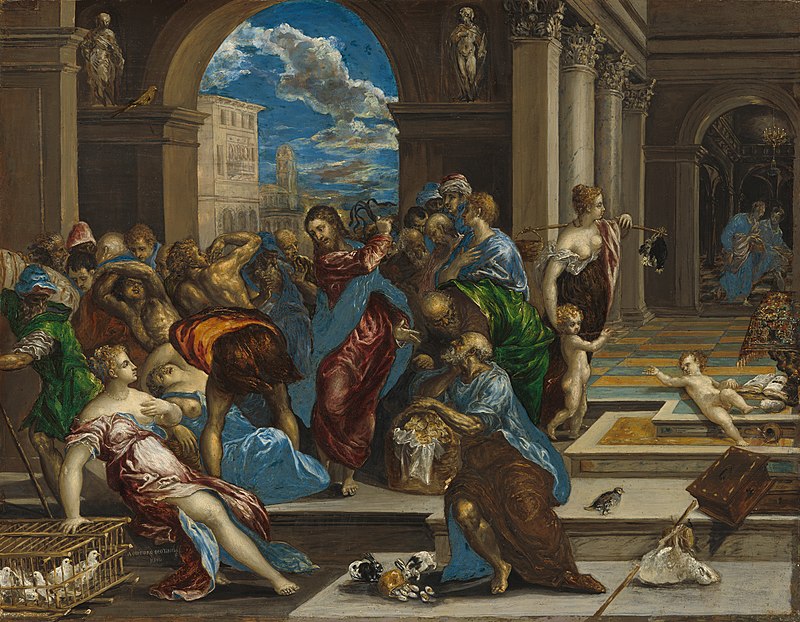 Dr. Antony Theodore
Monday, March 8, 2021
Download image of this poem.
Report this poem
Topic(s) of this poem: Jesus ,driving,cleaning
READ THIS POEM IN OTHER LANGUAGES