A full moon rises on a clear winter's night
landscape toned silvery by its light.
A chandelier of stars adds presence to the mystical view
of Avebury with its stone circle and avenue.
An instrument once used to connect with the divine power of earth,
which now lies forlorn, forgotten and broken is, quite simply, absurd.
The labour of man, was for the discovery of a spiritual being,
a place to absorb matter and return true healing.
An insight to life that could be seen and used by all,
which cannot be found only in this world.
The celestial heavens provided a point of where to seek
so they built a circle of stones that its power could reach.
A link between this, our world and the universe that surrounds,
to give rise to knowledge without any bounds.
Unfortunately, mankind has become a parasite of the worst kind,
so the soul of the earth remains locked and undefined.
One day, such places may become the saviour we need,
for now, there's nothing, just stones, long grass and weeds. 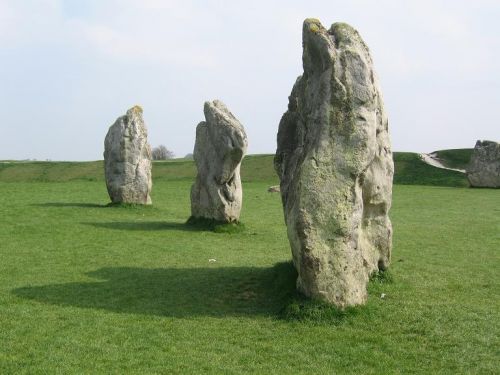