Many ships were laid to rest
None aboard, were ever warned
Storms were blamed for better glory
No man lived to tell them more 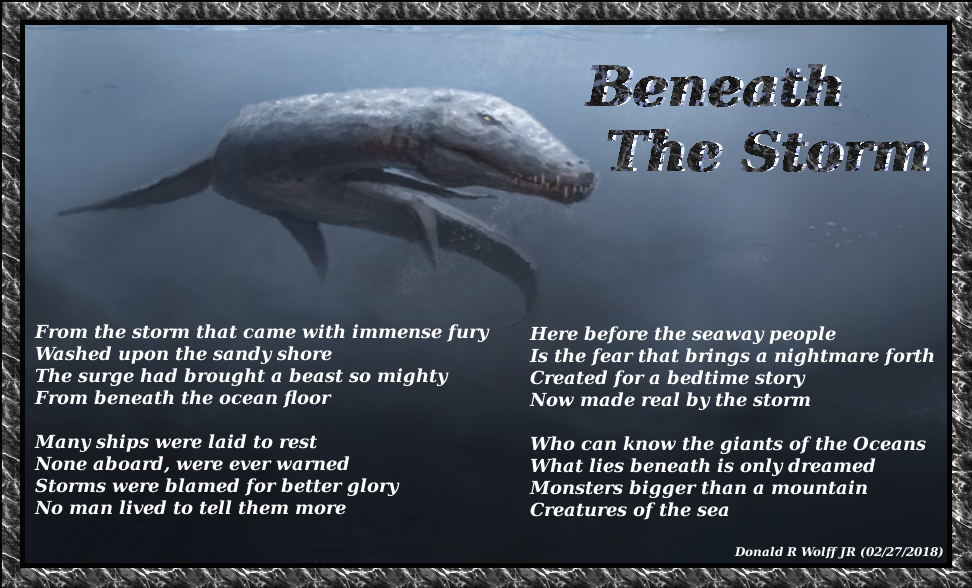 Donald R Wolff JR
Monday, March 8, 2021
Download image of this poem.
Report this poem
READ THIS POEM IN OTHER LANGUAGES