He's like that,
because his last living thought
determined what he looked like in Bardo,
a transit zone in which he's stuck.

hans vollman, meaning 'full man',
is aka Sheep-Dumpling
and Kugel, meaning 'ball'
and 'as round as he's tall'.

Because of the kid and Kugel,
the writer could have been silly,
and for 'Lincoln' in the title
put 'Willie'. 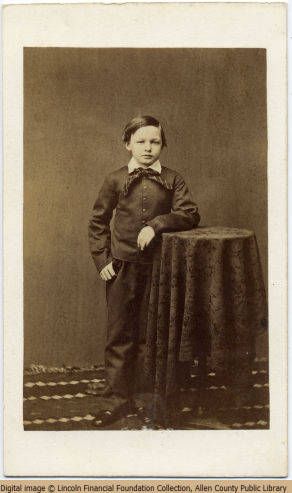 Douglas Scotney
Thursday, March 4, 2021
Download image of this poem.
Report this poem
Topic(s) of this poem: book,alternatives,death,purgatory
POET'S NOTES ABOUT THE POEM
5.2.21. Pic of Willie. Novel by George Saunders pub.2017. hans vollman is not spelled with capitals.340 odd pages but so spread out it takes less than half the time to read than you'd think.
READ THIS POEM IN OTHER LANGUAGES