Now, seventy years have passed
Since it ceased the echoes of the cannons,
But the many soldiers lived with the blast
In the mine, left in the red fields and canyons.
The soldiers couldn't know when the war was ceased
Ev'ry-day, they charged into the mine at least.

By the nation, at home, when they're young, were summoned
And fought for nation and with the nation's names.
At twenty one century, till now, they're abandoned
And for a long time they've lived with numbers no names.
At the national cemetery, they were registered as the missing
Or the war dead, so far they were regarded as no living.

In fall, the wild geese fly to the south,
Freely, the birds can fly up and down.
They have longed for home but could not mouth,
Once departing no visiting to their town.
Across the entanglements can the winds,
Even to the birds, they couldn't talk their minds.

Now we all must call their old names
Again. Let's call their names aloud,
The persons in the death land, and forgotten names,
Until that sounds to the heaven, in loud,
Until that it tolls themselves that the peoples' bells
In their minds, till the tears hit the bells. 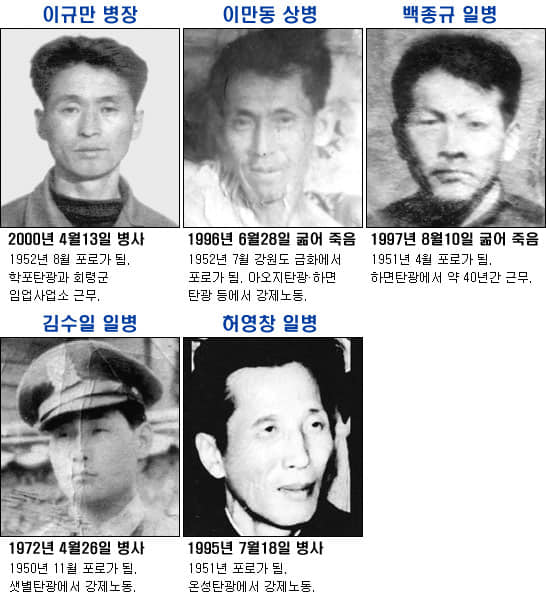 Tengre Asasiun Gurun Tengre
Wednesday, November 30, 2022
poem poems sorry numbers
Download image of this poem.
Report this poem
POET'S NOTES ABOUT THE POEM
I wrote this poem for praying for the return of the unreturned POW during the Korean War. They were captured the war, but couldn't go back to their home town for mort than 70 years. It was estimated almost 70 thousands soldiers.
COMMENTS OF THE POEM
See All Comments
READ THIS POEM IN OTHER LANGUAGES