Cosmic Glitter In The Coalsack Poem by Harley White

Cosmic Glitter In The Coalsack

was seen by Hubble shining bright
as thrust through atramentous dark
in cryptic interstellar sleight
of hand by cosmic Matriarch,
who lavishes great Nature's light
of vital sun with living spark.

Our Mother Earth her watch shall keep
o'er woodlands wild and oceans deep
the river vales and mountains steep,
o'er stately swans and eagles' sweep.
The laughing brooks on hillsides leap,
though loons lament while willows weep.
Still humankind seems sound asleep
to deeds they sow and what they'll reap.

Yet mindless soils of mires and mucks
can sprout a forget-me-not plot,
as in the constellation Crux
that PPN midst sooty spot
is blossoming per starry flux
from out the caliginous clot.

This vision in our Milky Way,
might it portend scenario
of what in years, some millions, may
be future for the Coalsack's woe
of present dark, when stardust stray
will coalesce and set aglow

with brightness all the ‘nuggets coal'
in ebon Coalsack, so they flare
from gravity's attractive role
in grand combustions here and there,
as if were touched by flame the whole
until illumined everywhere? 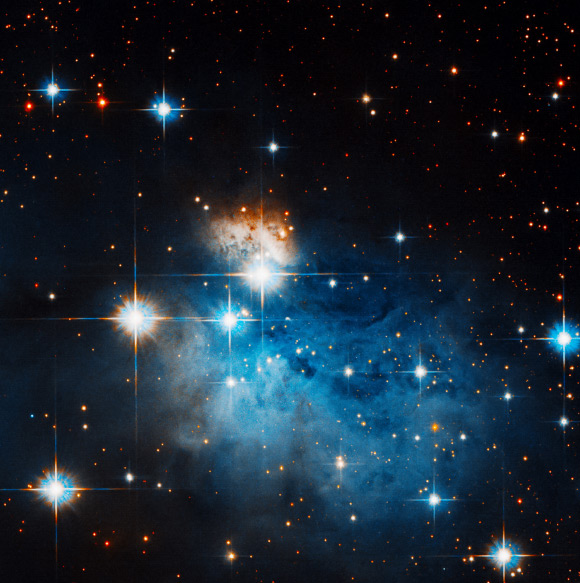 Harley White
Tuesday, January 11, 2022
poem poems Oceans
Download image of this poem.
Report this poem
Poems By Harley White
From Dust To Dust
Epiphany
Nature Has The Upper Hand
Sculptor In Space
Cosmic Lens
See All Poems by Harley White
POET'S NOTES ABOUT THE POEM
Some sources of inspiration were the following… Image and info ~ Caldwell 99 (NASA) … My poem: Stygian Nebula (posted on Poem Hunter) ... Explanation: This stunning image captures a small region on the edge of the inky Coalsack Nebula, or Caldwell 99. Caldwell 99 is a dark nebula — a dense cloud of interstellar dust that completely blocks out visible wavelengths of light from objects behind it. The object at the center of the image is a (much smaller) protoplanetary nebula. The protoplanetary nebula (PPN) phase is a late stage in the life of a star in which it has ejected a shell of hydrogen gas and is quickly heating up. This stage only lasts for a few thousand years before the protoplanetary nebula's central star reaches roughly 30,000 Kelvin. At this point, the central star is producing enough energy to make its surrounding shell of gas glow, becoming what's known as a planetary nebula. The observations that comprise this image were made using Hubble's Advanced Camera for Surveys in visible and infrared wavelengths. Astronomers took these observations to learn more about the evolution of protoplanetary nebulae into planetary nebulae. Image credit: NASA / ESA / R. Sahai, NASA's Jet Propulsion Laboratory / Gladys Kober, NASA & Catholic University of America
COMMENTS OF THE POEM
Mario Ventubi 12 January 2022

I'm so pleased you found it amazing. Thank you!

Your poem establishes you as the unique poet of space.

Thank you for the honor which I accept gratefully.