‘A drop of ink albeit small
like dew aurorean can fall, '
to paraphrase Lord Byron's lines,
‘upon a thought, in redesigns

‘of words, producing that which makes'-
when written utterance earthshakes-
‘perhaps some thousands, millions think';
such power has the printer's ink.

What cosmic narrative is inked
in oddly-shaped dark cloud that's linked
to nearby clustered stars within
the Milky Way, so kith and kin

are bright and dim in stellar scene?
The cloud some say has gecko mien,
Bok globule Barnard eighty-six,
is to the right in image mix

amidst a part of Archer so
stelliferous that almost no
dark areas are to be spied
by sky observers starry-eyed.

Connected in another sense
as well, it seems the globule dense
or nebula was formed from cloud
molecular whence clustered crowd

once it collapsed was also built
to shape a piece of patchwork quilt
of blue-white orbs contiguous
with shady glade ambiguous.

To E. E. Barnard when ‘twas found
by him from telescope on ground,
it looked like ink drop numinous
upon the welkin luminous.

An inkling inked may truth convey
as view prismatic points to way
an open mind through metaphor
might glimpse a facet to explore.

Indeed a printed passage can
live longer than our fleeting span
and open portal wider still
for mortal being's wayward will.

Yet if our scopes could see behind
the clouded sight of humankind
beyond what semblance has concealed
a field of stars would be revealed. 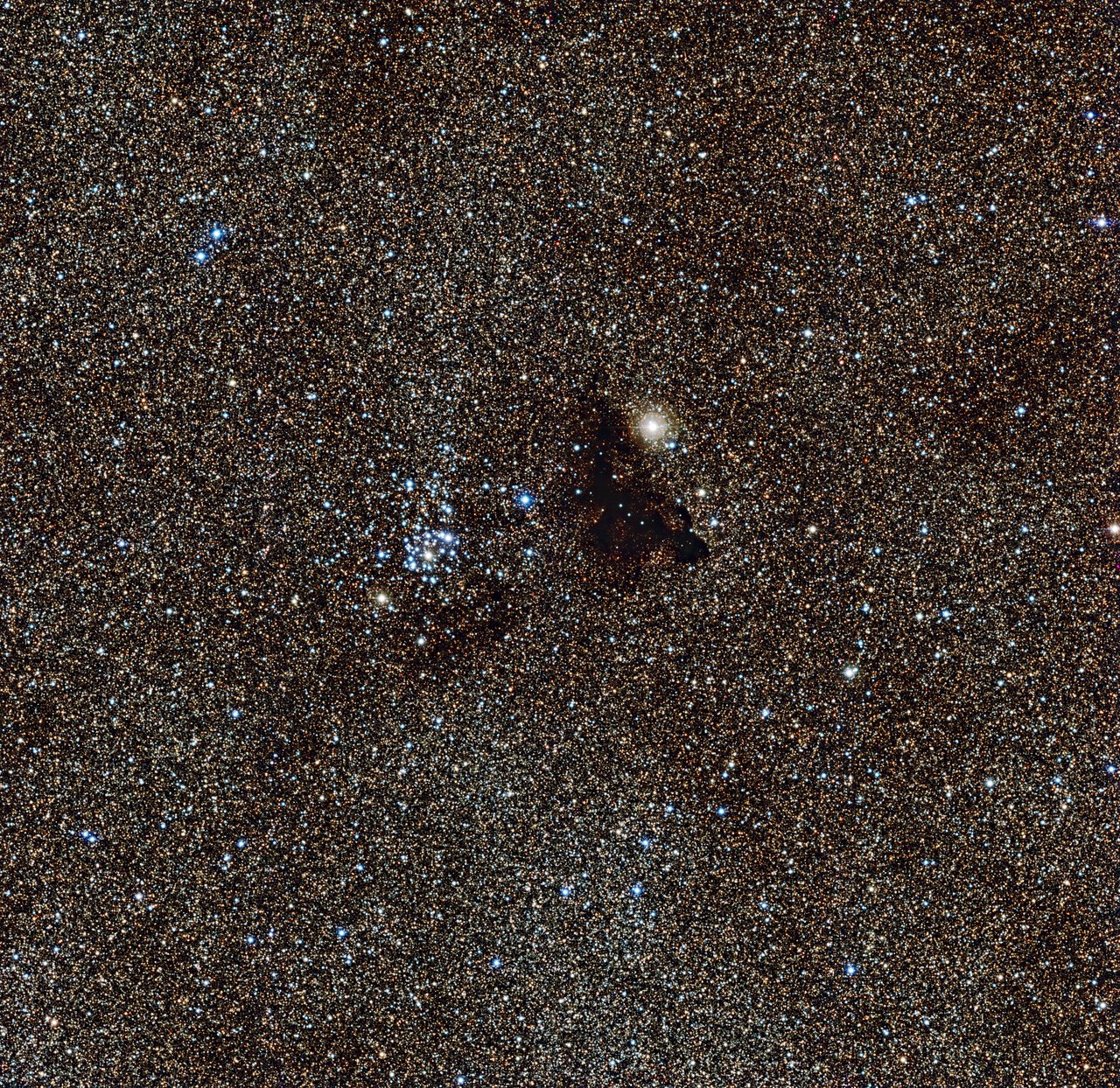 Harley White
Friday, June 25, 2021
poem poems metaphor narrative
Download image of this poem.
Report this poem
POET'S NOTES ABOUT THE POEM
Some sources of inspiration were the following… But words are things, and a small drop of ink, Falling like dew, upon a thought, produces That which makes thousands, perhaps millions, think. ~ Lord Byron (1788-1824) Image and info ~ The bright star cluster NGC 6520 and the strangely shaped dark cloud Barnard 86… Explanation ~ This image, from the Wide Field Imager on the MPG/ESO 2.2-metre telescope at ESO's La Silla Observatory in Chile, shows the bright star cluster NGC 6520 and its neighbor, the strangely shaped dark cloud Barnard 86. This cosmic pair is set against millions of glowing stars from the brightest part of the Milky Way — a region so dense with stars that barely any dark sky is seen across the picture. Credit: ESO
COMMENTS OF THE POEM
See All Comments
READ THIS POEM IN OTHER LANGUAGES